Yigal Amir to court: The personal law against me is wrong

His lawyer, Yoram Sheftel, told N12 that “the hour had come to free Yigal Amir.” 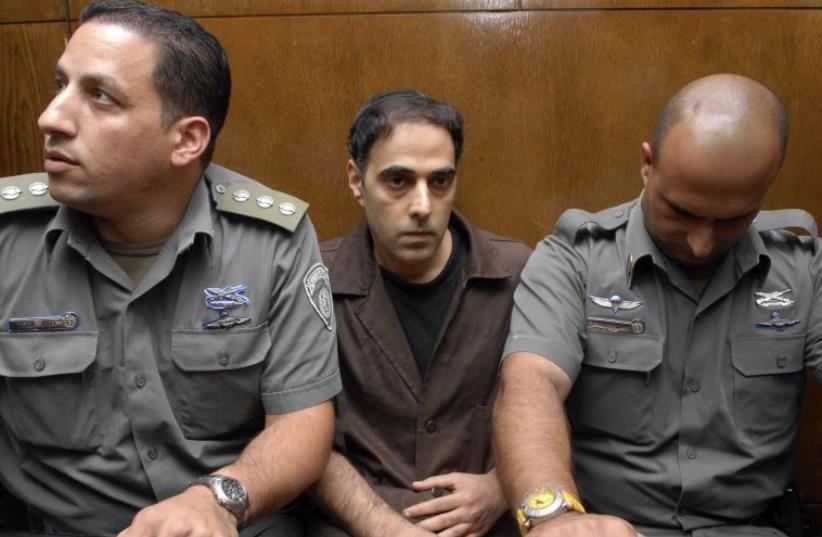 Israeli prison guards sit beside Yigal Amir (C), the assassin of Yitzhak Rabin, during a hearing in Tel Aviv district court, November 1, 2007
(photo credit: REUTERS)
Advertisement
Yigal Amir, convicted murderer of former prime minister Yitzhak Rabin, appealed to the High Court of Justice requesting that the 2001 law that marks him as undeserving of pardon or reduced sentence be struck out, Israeli media reported on Monday.
His lawyer, Yoram Sheftel, told N12 that “the hour has come to free Yigal Amir, not today, but yesterday."
He argued that a personal law meant to keep an individual in prison is akin to changing the rules of the game at mid-play. "This is a personal law," he insisted, "because it applies to only one person, and was only applied retroactively six years after the assassination."
Amir murdered Rabin in 1995 — the first time an Israeli prime minister who was assassinated while still in office. Amir objected to the Oslo Peace Accords and believed the elimination of Rabin would prevent the creation of a Palestinian state. Earlier this month, Amir was denied the request to attend his son's bar mitzvah, having never been furloughed in his 25-year sentence.
The 2001 law gained support from most Knesset parties at the time, ranging across the political spectrum.
Sheftel is famous for defending notorious people, among them Jewish-American mob-boss Meyer Lansky when he wished to immigrate to Israel (he was refused), Hebron shooter IDF soldier Elor Azaria and Ukrainian-born alleged war criminal John Demjanjuk.