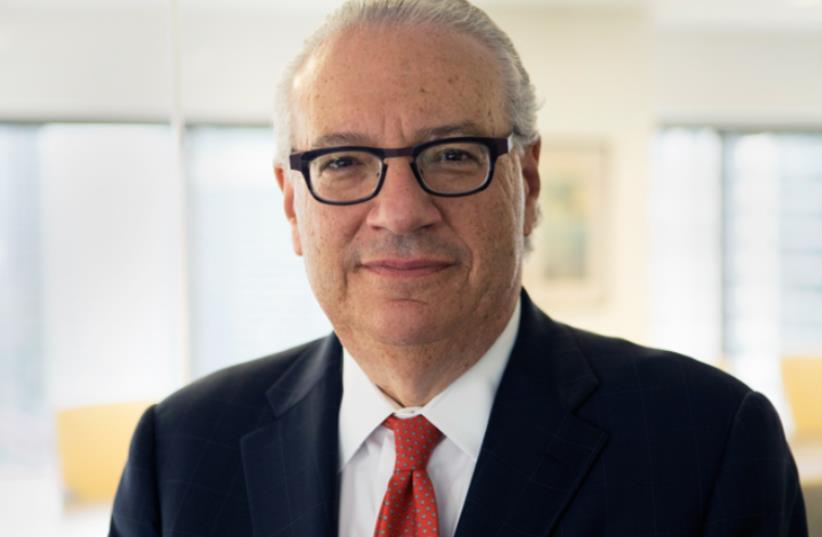 Alan Solow
(photo credit: Courtesy)
Advertisement
Alan P. Solow has joined Resolute Consulting as a partner, the company announced this week. An experienced problem solver as a counselor, attorney and civic leader, Solow has represented a wide range of clients both in and outside the courtroom.“We are proud to have Alan’s expertise, intellect and deep experience as a force on the Resolute team,” said Greg Goldner, chief executive officer of Resolute. “Alan will strengthen and expand Resolute’s suite of services in new ways and offer tremendous value to our clients.”Resolute Consulting is a national public affairs and strategic communications firm headquartered in Chicago with offices in Atlanta, Los Angeles, Phoenix and Washington, D.C.“Over the past several years, I have had the opportunity to work with the Resolute team on a number of complex infrastructure projects,” said Solow. “Given our proven ability to collaborate and the impressive skills which Resolute brings to its work, I could not resist the opportunity to become part of the firm.”In his law practice, Alan was focused increasingly on client work related to strategic communications and government relations as well as work in the infrastructure sector. He spent much of his career servicing the financial services industry and is a Fellow at the American College of Bankruptcy.Solow is also an accomplished civic and political leader. He currently chairs the board of Interfaith Youth Core, which works to make interfaith cooperation a social norm, primarily through work on college campuses and with program alumni. He is also a past chairman of the Conference of Presidents of Major American Jewish Organizations, the umbrella group for more than 50 other agencies, among other leadership roles.In the political sphere, Solow has a long history of working with and advising elected officials and candidates on critical issues of policy and strategy. In 2012, he served as a national co-chair of the Obama-Biden campaign, acting as a surrogate for President Barack Obama with a focus on issues of importance to the Jewish and business communities.In both 2008 and 2012, he was a charter member of the Obama National Finance Committee. Since the election of Obama and following his term as chairman of the Conference of Presidents, Solow has continued to work with the administration on a variety of matters. He maintains relationships with a broad array of federal, state and local elected officials.Solow graduated cum laude from Harvard Law School after graduating with an A.B., summa cum laude with highest distinction in political science, from the University of Illinois.