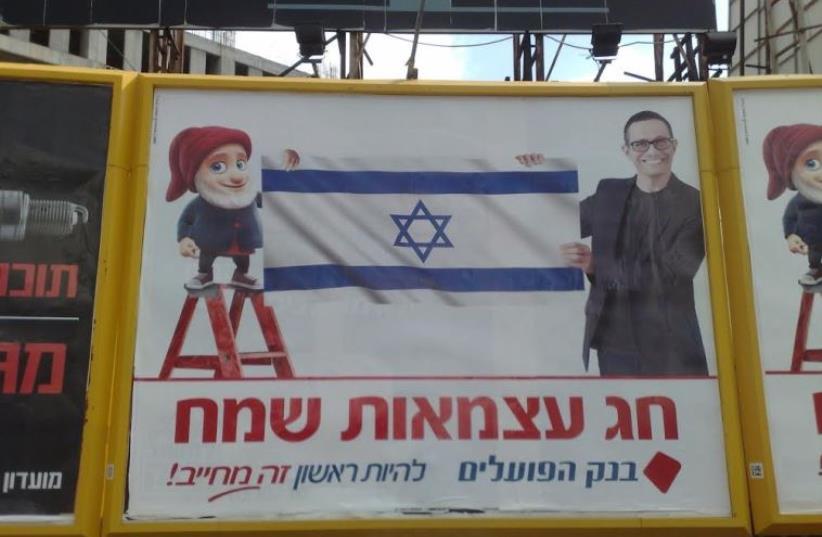 Bank Hapoalim flag
(photo credit: Courtesy)
Advertisement
For the 12th year, Bank Hapoalim is distributing Israeli flags to the public ahead of Israel’s 68th Independence Day next Thursday.The flags were made in Israel at factories throughout the country, including firms that employ men and women with special needs, the bank said in a statement issued on Monday. They will be distributed with newspapers in their Independence Day editions, including The Jerusalem Post. “We are pleased to be continuing this tradition of 12 years by giving all citizens of Israel an Israeli flag made in Israel, for Independence Day,” said Bank Hapoalim Chairman Yair Seroussi. “The flags hanging in every corner of the country are a symbol of love for the land, providing a feeling of unity and national pride in the achievements of the State of Israel.”