Which is the cheapest bank in Israel when it comes to transaction fees?

Bank of Israel data revealed that Mizrahi Tefahot charges the highest commission for transactions through a teller.

Bank Yahav has the lowest transaction fees of all Israeli banks, according to banking supervision data recently submitted to the Knesset's Economic Committee.

The data shows that Bank Yahav charges a fee of NIS 1.2 for a direct transaction via the internet or by automated means. Also, it charges the lowest fee (NIS 4) for transactions made through a clerk. This is the fee charged for cash deposits, bank transfers, check deposits, voucher payments, etc.

On the other hand, the highest "direct channel" fee (2 NIS per action) is charged by Bank Mercantile and Bank Masad. Massad charges 2 shekels these operations, when until a year ago it charged 2.9 shekels. The highest clerk fee, 6.8 shekels per transaction, is charged by Mizrachi Tefahot. 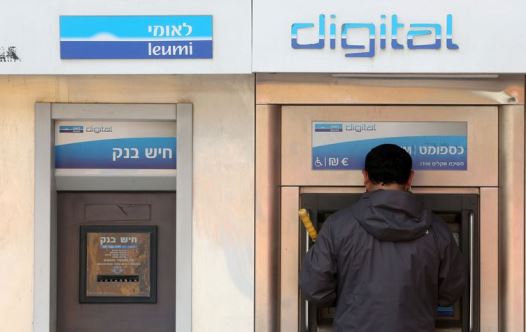 Man at an ATM in Israel (credit: MARC ISRAEL SELLEM)

According to the supervisory data, in 2021 there was a 47% decrease in commission income compared to 2008, attributed to the switch to direct channels.

The cost of using debit cards increased by 7.7% to NIS 13.8 due to an increase in revenue from transaction fees and foreign currency withdrawals.

The average cost of managing a current account and holding debit cards increased in 2021 by 1.9%, and stands at NIS 24.6 per month. The total revenue from commissions amounted to NIS 5.81 billion.

Yair Avidan, the Supervisor of Banks stated that the 'basic route' service is supervised, and allows one to receive a package of basic services at a discounted price of 10 shekels. “We included in the supervision a clerk's fee, a direct channel fee, an extended route and an extended route plus.”

Avidan said that supervision places an emphasis on placing the customer at the center. He asked the public to use direct channels and digital means which are cheaper than going into a bank and using a teller, and to check if using a routing service is right for them.