Israel isn’t the world’s crypto capital, but blockchain is a different story

Despite Israel’s relatively small capital representation in the cryptocurrency space, its presence in the more all-encompassing field of blockchain is palpable.

These numbers can certainly be seen as a sign of success.

“We have seen great success and growth with some of our long term partners in Israel such as eToro, Simplex, and COTI,” Itai Elizur, COO & partner at blockchain PR firm MarketAcross, said regarding the accomplishment of Israeli crypto companies. COTI, an Israeli-developed cryptocurrency platform, is being implemented as a payment processor for the Cardano network, one of the industry’s largest blockchain platforms.

Despite the meteoric spike from $101m. to $1.07B however, Israel’s cryptocurrency-specific success seems like small potatoes when compared to global data: according to PitchBook, Venture Capitalists have invested more than $27B into cryptocurrency companies around the world as of late November.

Extrapolating from the above numbers, Israeli crypto companies represent less than 4% of the total investment capital poured into the sector in 2021. The largest fund raise for an Israeli company was cryptocurrency platform Fireblocks’ $443m. Compare that to crypto-trading platform Bullish Global, the largest cryptocurrency investment this year, which pulled $10B in Q1. 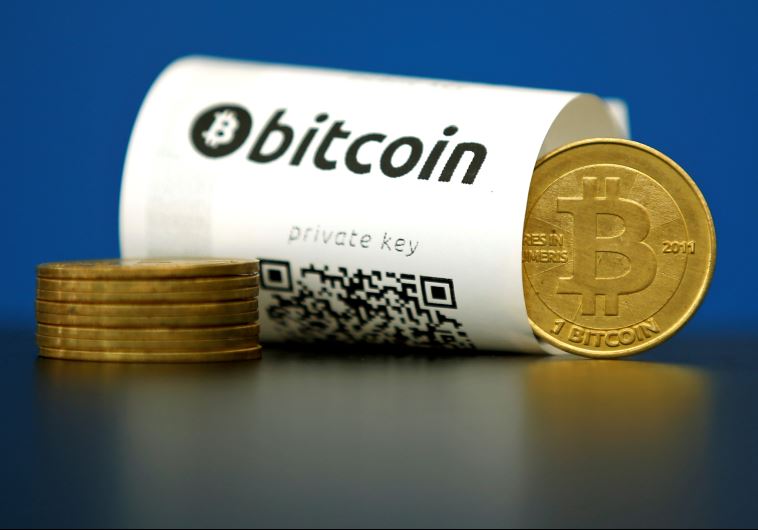 A Bitcoin (virtual currency) paper wallet with QR codes and a coin are seen in an illustration picture taken at La Maison du Bitcoin in Paris, France, May 27, 2015 (credit: REUTERS)

There is, however, more to say about the Start-Up Nation’s efforts in this space. Despite Israel’s relatively small capital representation in the cryptocurrency space, its presence in the more all-encompassing field of blockchain is palpable.

“We have seen a rise in non-token-based, deep blockchain solutions from the Israeli market,” noted Elizur, who explained that many young entrepreneurial founders are army veterans from elite IDF intelligence units such as 8200, who see a lot of potential in the technology. “Blockchain seems to be one of the hottest sectors right now”.

Ilan Tennenbaum, veteran trader and cryptocurrency analyst, said, “It’s a known fact around the world that Israel is a big tech country. The biggest support that Israeli companies have given to the blockchain world is cybersecurity. Because there are billions of dollars transacting on these networks, security is a very, very big issue, and Israeli companies lead the way in that sense.”

As the year comes to a close, there is a certain sense of anticipation regarding Israel’s future success in the rapidly expanding field of cryptocurrency and blockchain.

“Looking into the future, I think that blockchain’s going to get bigger, as will all the companies that support the technology,” Tennenbaum speculated. “I hope and believe that Israel will lead that expansion, both in security and other developments.”