In the 2016 Index of Economic Freedom, jointly published by 'The Wall Street Journal' and the Heritage Foundation, Israel reached its highest score ever. 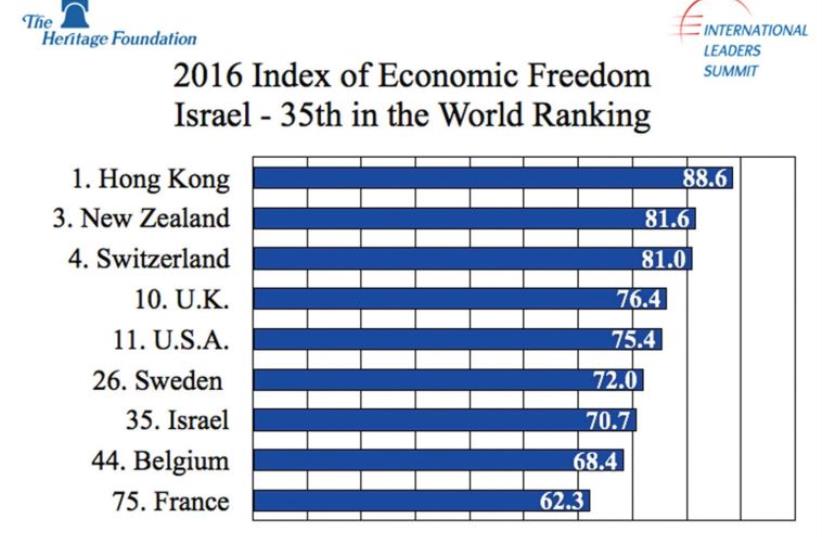