The flight and business class experience, which United has nicknamed Polaris, is expensive, but convenient. 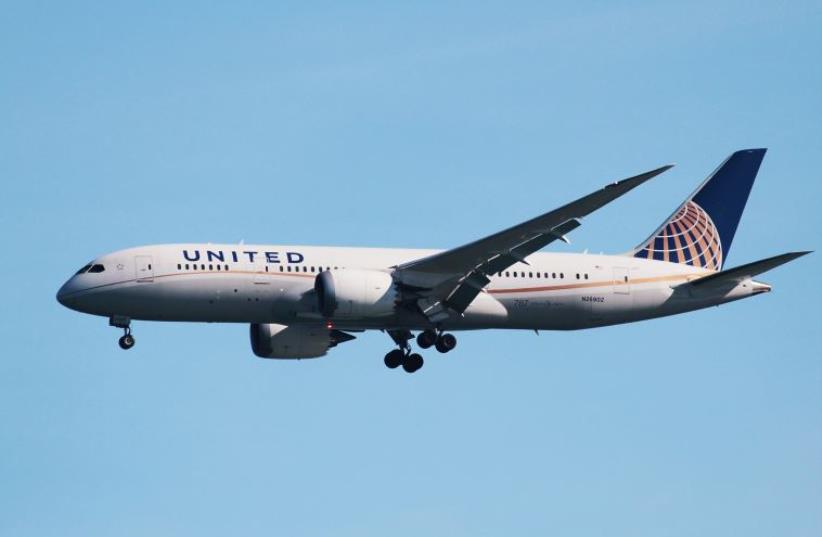 A United Airlines Boeing 787 Dreamliner lands at San Francisco International Airport, San Francisco, California, February 15, 2015.
(photo credit: REUTERS)
Advertisement
Israel and Silicon Valley have distinguished themselves as two of the most prominent hi-tech capitals in the world. Israel, with more than 3,000 hi-tech companies, and Silicon Valley, with some of the most profitable hi-tech companies on the planet, are now also looking to each other to grow and invest.A number of companies in Silicon Valley are purchasing Israeli companies and opening offices in Tel Aviv, Haifa and other cities in Israel. Meanwhile Israeli companies are sending software programmers to Silicon Valley and raising capital there. The increasing traffic back and forth has prompted United Airlines to launch non-stop flights between Tel Aviv and San Francisco focusing on business class comforts for the hi-tech travelers.The flight and business class experience, which United has nicknamed Polaris, is expensive, but convenient.The round-trip ticket price for flying United’s non-stop service from Tel Aviv to San Francisco costs approximately $5,550. Competitors such as British Airways offer a similar business class experience with a layover in London’s for $3,300.Despite the high price tag, a number of business people on the flight said they prefer the United flight because it has no layover.“It’s hard to beat the nonstop flight because it saves approximately 8 hours,” Shir, an employee of an international hi-tech firm with offices in Tel Aviv and San Francisco said. “This flight definitely costs more, but I think the time saved makes it worth it.”The food service and seating arrangement offered are comparable to most other long-distance, business classes.The food service begins with a three-course dinner served at the beginning of the flight including a salad appetizer, sea bass, short rib, soup, or ravioli main course and an ice cream or chocolate assortment for dessert. Following dinner and throughout the duration the flight, a number of snacks are available such as fruit, tomato soup, or lobster mac and cheese. Finally, before the conclusion of the flight, a standard breakfast of eggs, salad, potatoes and yogurt is provided.A number of passengers surveyed during the flight gave the food an above average rating.“The food was definitely fresh and had some nice flavors, but the food I had on British Airway’s business class flight to San Francisco was better,” said Idan, an employee of a hightech company in Haifa, who ordered the sea bass.“The breakfast was excellent and the dinner was decent,” said Shir, who ordered the short rib.In addition to the standard offerings, vegetarian options are available.The seating arrangement is one relatively large seat, which can transform into a flat bed.As long as one is no taller than 190 centimeters, it is easy to sleep comfortably with the Saks Fifth Avenue blankets and pillows provided. “I slept well and think that the nice blankets and pillows made a major difference,” said Shir.Once on the ground, one of the prime locations to stay in San Francisco is the Hilton’s Union Square hotel, a towering building with hundreds of rooms in the middle of the city.When one enters the lobby, the sheer size of the building is apparent as it looks like more of a office building lobby than a traditional hotel lobby.The hotel rooms are standard size with balconies overlooking the San Francisco bay. The beds are comfortable, Internet is available for $9.95 daily and the bathroom has all basic toiletries needed.The best part of the hotel is its location, located right in the middle of San Francisco, near Union Square and Market Street, major shopping districts.It is also a short walk from Chinatown and the local train station, which connects to the rest of the Bay Area.The hotel also has a number of restaurants including a penthouse bar, which offers cocktails and food items with 360 views of San Francisco – it is even possible to see the Golden Gate Bridge.The rates for a basic room at the Hilton vary depending on the season, ranging from $130/ night to $600/night, according to Hilton’s website.

The writer was a guest of United Airlines and Hilton Hotels.