Construction in the Eila Valley is trampling the public will and destroying a priceless green lung. 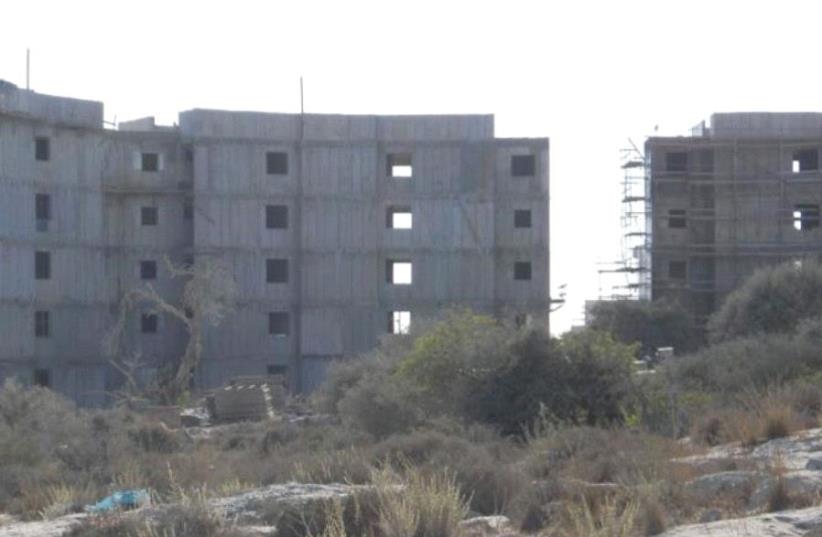 In Beit Shemesh, overlooking the valley from the northeast, construction of 14,000 planned housing units is now in full swing
(photo credit: EVE FINKELSTEIN)
Advertisement
Those of us living in the Land of Milk and Honey can count many blessings, but as far as sheer size and spaciousness go, our slender country seems to have been somewhat left out by the powers that be. As its population steadily grows and its cities ceaselessly expand, it is thus imperative for Israel to preserve our natural landscapes at least as piously as we do the Western Wall.The Eila Valley is one such gem this country was endowed with – a green lung hidden between Jerusalem and the Tel Aviv metropolis – yet today it is thoughtlessly being ravaged by rampant and shortsighted development demonstrating complete disregard for the outcry of local residents.In Beit Shemesh, overlooking the valley from the northeast, construction of a staggering 14,000 housing units planned for the area is now in full force, capping seven tumultuous years of protests and legal battles waged on many fronts against this massive project by residents who claim it has been irresponsibly planned and will irreversibly scar the city and region. While those fighting to stop the construction may have lost all hope, it is vital that concerned citizens throughout Israel pay close attention to events in Beit Shemesh to understand exactly how narrow interests working behind the curtain can manage to utterly trample the public will.The reasons for the uproar over the contested building plans of two new neighborhoods – Ramat Beit Shemesh Gimmel and Dalet – are manifold. The easiest to grasp is the irreparable damage construction on such a large scale will inflict on the local environment. The heavily forested hills marked for the new housing will suffer immeasurably, and with them the fragile populations of several dozen indigenous mammal and bird species for whom the Eila Valley is the last remaining habitat in Israel.Equally disturbing is the sheer number of ancient ruins not yet unearthed that will be buried under the asphalt and concrete of the new neighborhoods. Situated at the very heartland of biblical Judah, the Eila Valley in general and the hills designated for construction in particular have known centuries of Jewish presence since antiquity and have been described by world-renowned archeologist Yehuda Dagan as the area with the “single highest concentration of ancient findings in all of Israel.” 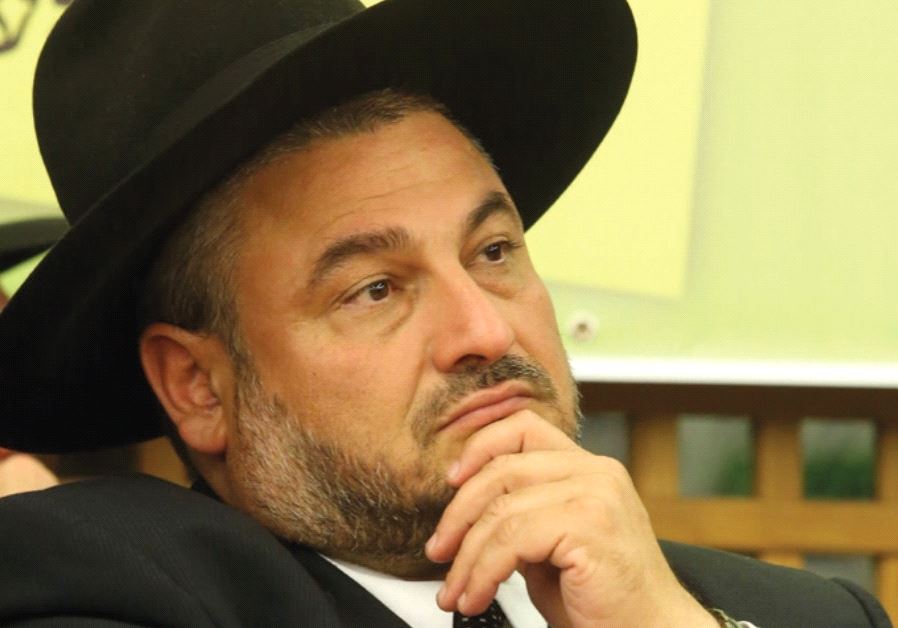 Beit Shemesh Mayor Moshe Abutbul (Marc Israel Sellem)In view of the valley’s unique ecological and historical value, residents have long sought to make the area a national park in collaboration with the Israel Nature and Parks Authority. Plans for such a reserve were drawn up and submitted for approval in 2008, on the eve of the Beit Shemesh municipal elections that replaced Likud-affiliated mayor Daniel Vaknin with ultra-Orthodox Shas candidate Moshe Abutbul. In the aftermath, with the election of Abutbul, the plans were quickly scrapped by the municipality to make way for thousands of new housing units approved by the Regional Committee for Planning and Construction under then-interior minister Eli Yishai, and housing and construction minister Ariel Atias, both of Shas.The official rationale for this top-down push for such speedy construction has been, of course, the ever-pressing need to lower real-estate costs for the benefit of all Israelis. Upon closer examination, however, it appears the new neighborhoods have been planned, to a disproportionate extent, with a specific community in mind.Whereas open bias between sectors is obviously illegal in a liberal democracy, the sheer density and shoddy standard of the planned housing, as well as the many religious facilities for which generous funds and space were allotted by the municipality, give residents ample cause to suspect Ramat Beit Shemesh Gimmel and Dalet will cater unabashedly to the needs of the haredi community above all others. By some estimates, more than 60% of the planned housing units are intended for haredi families.The total number of new apartments will more than double the population of Beit Shemesh from 100,000 to nearly 250,000 residents within a few short years – a social and demographic upheaval by any standard.Israelis have somehow grown accustomed to the idea of separate residential areas being designated for different demographic sectors, with construction projects being deliberately designed to be marketed exclusively to one sector or another. But some point out that such practices, apart from being discriminatory and wholly undemocratic, harm Israel by engineering unnecessary social barriers that will have impact for decades.“The Construction and Housing Ministry is ruining the fabric of Israeli society,” claims Dr. Eve Finkelstein, a Beit Shemesh resident and outspoken critic of the construction in her town.“Instead of learning to live with one another and forming a cohesive community, the ministry enables different sectors to live entirely parallel lives, and in so doing deepens and perpetuates the social schisms in this country.”Beit Shemesh residents are concerned that the entrenchment of different communities brought about by such expedited and unbalanced construction will fundamentally alter the demographic makeup of their hometown. “The new neighborhoods are built like concrete jungles, with no green spaces and hardly any trees; [they will thus] attract only newcomers without any other options, meaning lower-income haredi families,” explains Ramat Beit Shemesh Alef resident Shoshanna Keats-Jaskoll. “Don’t haredi families deserve better? 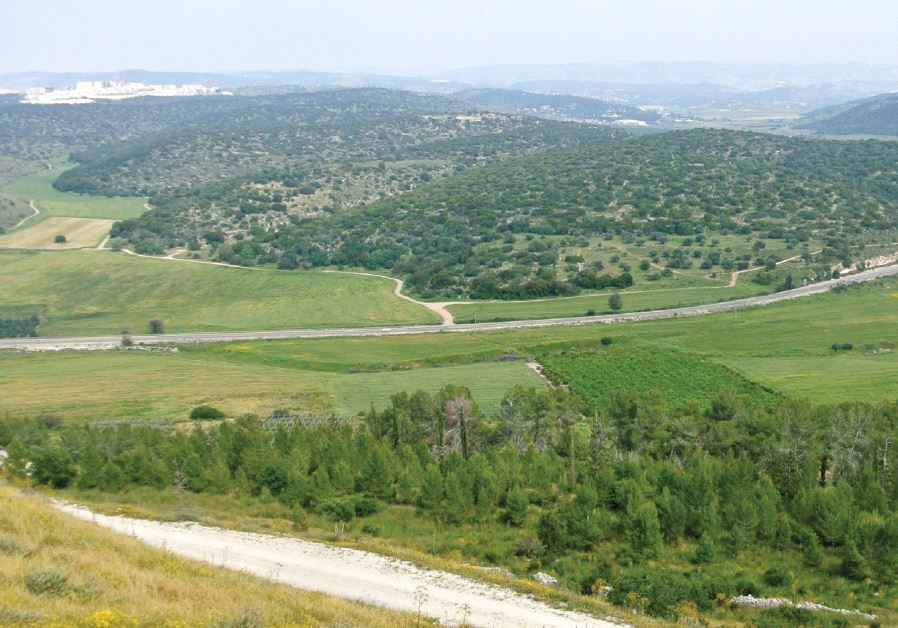 The heavily forested hills marked for new housing are home to fragile populations of several dozen indigenous mammal and bird species, for whom the Eila Valley is the last remaining habitat in Israel (Wikimedia)“The area is quickly becoming a ghetto and, frankly, a breeding ground for the most extreme elements in haredi society to come and set the tone for the entire community there.”Also worrying is the very process by which the construction plans were approved by the Shas-controlled Beit Shemesh Municipality in the first place and pushed forward since. Deliberation over significant parts of the plan were conducted in the city council without the necessary quorum for a vote; key documents concerning the plan were not submitted on time for public viewing as stipulated by law. Some 93 violations in the planning stage of the project were found by Beit Shemesh residents.There is perhaps no figure more telling of the widespread opposition to the construction now underway in Beit Shemesh than the sheer number of objections filed in opposition to it by the public: a whopping 6,000. Hundreds of local residents persistently waged a nine-year legal battle against the plans since they became public, reaching the doorsteps of the Regional Committee for Planning and Construction and later even as far as the benches of the Supreme Court.“This was nothing short of mass grassroots opposition of Beit Shemesh and other nearby residents against the project,” Finkelstein points out.“People spent days and nights in committee deliberations and in demonstrations. The bureaucratic battle was so trying and tiring that most people were forced to drop out along the way; in the end, it appears that’s exactly what the authorities were counting on.”Residents appearing before the Regional Committee for Planning and Construction, and later the National Committee, brought in professionals and expert witnesses warning of the immense environmental, economic and social damage entailed in the unchecked development of Ramat Beit Shemesh. Apart from changes to some aspects of the plan pertaining to new transportation infrastructure, and the shifting of some of the planned housing away from the recently excavated Khirbet Qeiyafa archeological site, all other claims seem to have fallen on deaf ears. Subsequent appeals to the District Court and finally the Supreme Court, based on procedural violations committed by local authorities in approving the construction, were shot down by a narrow margin, bringing the legal battle to a dead end in 2015.From the point of view of the Beit Shemesh Municipality, as expressed by spokesman Matityahu Rosenzweig, the building project had ultimately secured the approval of all relevant governmental agencies from the local to the national level and was even reaffirmed by the highest judicial authority in Israel. All objections put forth by the populace have been examined, all aspects of construction reviewed; and today, having undergone all proper procedures, it bears the stamp of the law.As Mayor Abutbul remarked following the Supreme Court’s decision in 2015, “It was proven yet again that the municipality has acted professionally and objectively without any extraneous considerations. I emphasize that we are pushing forward additional residential projects for all sectors; I invite everyone to come and live in the new neighborhoods. There is room for everyone.”YET ACCORDING to Zvi Wolicki, who served on the Beit Shemesh City Council until the 2008 election and afterward helped lead the public opposition to the unbridled construction in Ramat Beit Shemesh, the structural framework for public opposition is dysfunctional in the State of Israel.“The committees that review objections made by the public to construction projects are the very same ones that had pushed for these projects in the first place,” explains Wolicki.“The Committees for Planning and Construction are bound from the outset by a governmental directive to carry out the construction, and so they are resolved to move forward regardless of any public opposition. There is no objectivity at any stage, so the whole process of public opposition is hollowed out of any meaning; it’s simply there to allow residents to vent.”Lawyer Rafi Ettinger, who fought alongside Wolicki and other Beit Shemesh activists from the beginning of the legal battle, agrees that the problem is systemic and should worry all citizens of Israel. Perhaps only a vigilant public can ultimately stop such examples from recurring.“Had residents of Beit Shemesh paid more attention in the late 1990s, when the area of Ramat Beit Shemesh was unfrozen for construction to begin with, they may have been able to stop it in time. But once it became an established fact, the construction plans that came 20 years later were overwhelmingly harder to beat.”