Oil drilling to go on in Golan Heights

Following a permit discrepancy and backlash from environmental groups, drilling will continue to see if commercially-viable liquid oil is underneath the Golan Heights. 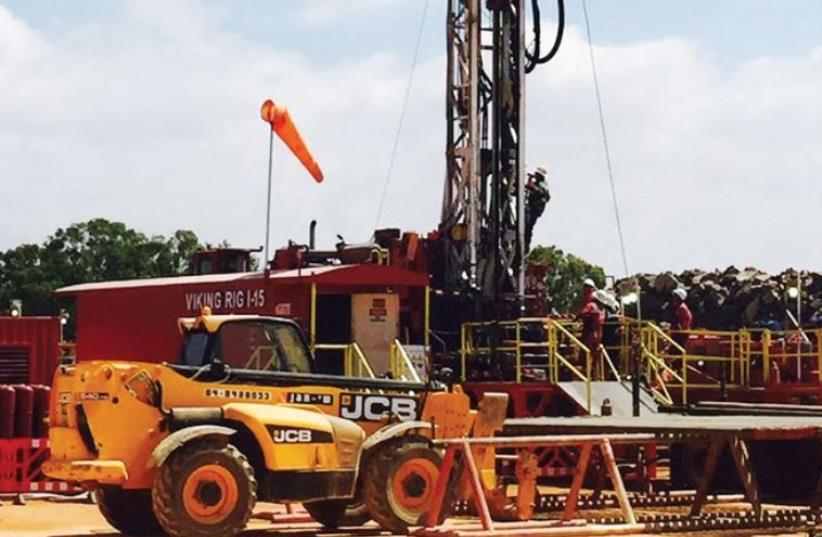 Equipment for drilling test wells, in the Golan
(photo credit: Courtesy)
Advertisement
The search for liquid oil will continue in the Golan Heights after a two-year permit extension was approved on Monday night for Afek Oil and Gas by the Northern District Committee for Planning and Building.With the permit’s approval, the firm will be able to explore for conventional oil at up to 10 sites in a 39,500-hectare zone south of Katzrin.The decision solved a permit discrepancy that arose when the National Infrastructure, Energy and Water Ministry gave Afek a three-year permit, while the Northern District Committee gave it a permit for just a year, which started in February 2015. In November, the committee granted initial approval for a two-year extension but required a 60-day period where members of the public could file their objections.A spokesman for Afek said that among the issues discussed in Monday’s meeting was whether or not the company was using unconventional drilling procedures such as hydraulic fracturing, or fracking, which is drilling that involves the use of large quantities of water as well as chemicals, with the by products able to pollute groundwater.“The methods approved were conventional, and we will see to it that it stays conventional,” said Dr. Victor Bariudin, head of engineering inspection division at the National Resources Administration during deliberations.Last September, Adam Teva V’Din (Israel Union for Environmental Defense) and residents of the Golan petitioned the High Court of Justice, saying the petroleum in the region was likely “tight oil,” meaning it could require non-conventional drilling procedures. The petition managed to temporarily halt Afek’s work, but was dismissed in December.Harsh opposition to the permit extension came from environmental groups such as the Society for the Protection of Nature in Israel, which demanded the rejection of both the exploratory drilling extension and the company’s accompanying production tests. The SPNI said they could harm the public interest, also saying they posed a threat to environmental and water resources.Protests led by the SPNI, Greenpeace and other groups have been held outside the company’s drilling sites.Afek has completed drilling at four sites since February 2015 and is in the process of moving on to a fifth. While the company said its findings had confirmed the presence of liquid petroleum on the Golan, the extent to which such oil could be commercially viable remained to be determined.