Green activists: Haifa pollution plan 'is like giving giving a bandaid to a cancer patient'

Haifa has a number of “hot spots” where rates of cancer, asthma and abnormalities in babies are higher than average. 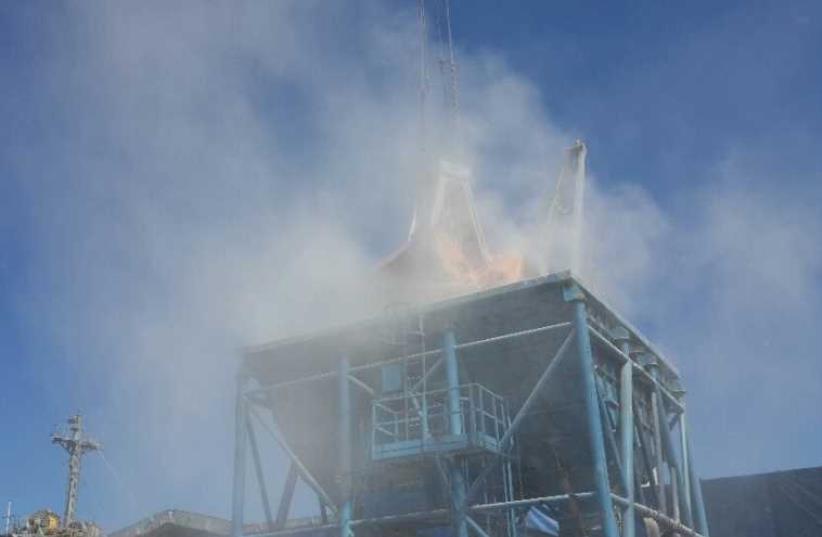 A cloud of dust during unloading at the Haifa port
(photo credit: AYA HECHT/ENVIRONMENTAL PROTECTION MINISTRY)
Advertisement
Environmental groups and members of Knesset remained unsatisfied on Tuesday, the day after initial findings from the Haifa pollution and sickness report were discussed publicly.At the Knesset’s Internal Affairs and Environment Committee meeting on Monday, University of Haifa Prof.Boris Portnov said that the city has a number of “hot spots” where rates of cancer, asthma and abnormalities in babies are higher than average.He also added that, in general, the rates in Haifa were not much different than other Israeli cities. According to a Channel 2 report, the neighborhoods most affected by the pollution, because they are tangential to the petrochemical facilities and downwind from them, are Kiryat Haim, Kiryat Bialik, the southeast part of Kiryat Tivon and the Carmel ridge on the side that faces the industrial area.NGO Citizens for the Environment said that “the State of Israel and the head of the committee would rather have a ‘business as usual’ situation of waiting for the results of the study, if the results are favorable, or otherwise trying to bury it.”Citizens for the Environment director Liora Amitai told The Jerusalem Post on Tuesday that even though the issue is getting attention right now, she is worried that it will soon drop from the public’s radar.“That’s the goal of the factories,” she said. She said part of the situation could be alleviated if the report were conducted by the Ministry of Health rather than the Haifa District Municipal Association for Environmental Protection, which commissioned the current report.Preliminary results of a University of Haifa study, leaked on January 31, indicated that exposure of pregnant women in the Haifa area to pollution from the petrochemical industry caused their babies to be born with heads 20 to 30 percent smaller than average. The study was scoffed at immediately by the Health Ministry, which noted the leaked results reflected only the first year of a five-year study. The city’s largest hospital, Rambam, reported no exceptional newborn head sizes.Other groups joined the CFE in expressing their low expectations.Mor Gilboa, head of student NGO Green Course, said that she is no longer surprised to hear about the health dangers caused by air pollution since, “Every few months we hear about the shocking findings.” She said that Environmental Protection Minister Avi Gabbay and Health Minister Ya’acov Litzman have the power to put a solution in place by declaring the Haifa area to be a polluted zone, which she said would cause the government to work faster to find a solution and said any development plans for factories should be immediately halted.“The Environmental Protection Ministry’s plan for the air pollution problem is like giving a bandaid to a cancer patient, since it doesn’t deal at all with the real effect that the petrochemical industry is having on the lives of almost a million people.”She said that Avi Gabbay and the Health Ministry keep giving factories the “green light” to keep on polluting as usual.Hadash MK Dov Henin, who heads the Subcommittee for Examining Planning and Environment Issues at Haifa Bay, said that “someone fell asleep at the wheel for the past several years” and criticized past reports that everything was fine in Haifa. He said the Knesset should put the subcommittee’s recommendations into action, noting that they were already approved during a meeting of the Knesset’s Interior Committee in July 2014. “Government representatives and local authorities were there and said our recommendations would become the road map.”