Citizens for the Environment said in a statement that they were glad about the "victory" after what they called a public struggle in the Haifa Bay area. 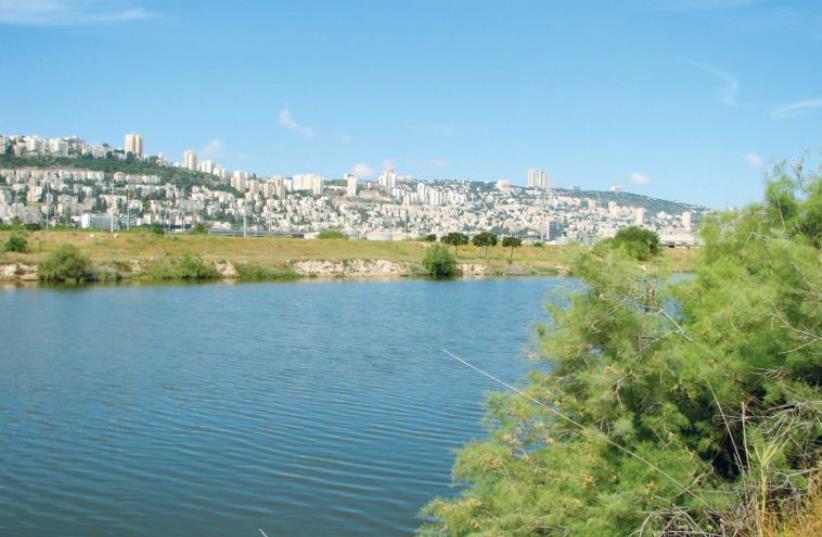 THE KISHON RIVER flows past Mount Carmel into Haifa Bay
(photo credit: Wikimedia Commons)
Advertisement
One of Haifa’s central petrochemical plants had its plans for expansion turned down after the region’s planning and building committee feared it would worsen the existing pollution crisis.In January, Israel Oil Refineries Ltd., known as the Bazan Group, requested a 20 percent expansion to its facility.However, according a document released on Sunday, two weeks ago the request was turned down by the Joint Local Planning and Building Committee for the area.The plan, which the document says the Environmental Protection Ministry was against, along with Haifa Mayor Yona Yahav, would have expanded the amount of storage space for materials produced at Bazan’s facility.The committee turned down the request however due to the desire to “prevent additional emissions from going into the environment.”The expansion plan has been oft-cited by environmentalists as a sign of government hypocrisy with the accusations that local and federal government officials were going to approve the expansion plan while simultaneously saying they are trying to fight pollution. Environmental fears peaked recently when part of a Haifa-area pollution study was leaked, showing links between petrochemical industry pollution and birth defects in babies, among other illnesses.Last July, the company was among three Haifa Bay factories indicted for a number of alleged air pollution and waste treatment violations between 2010 and 2013.Citizens for the Environment said it was pleased about the “victory” after a public struggle in the Haifa Bay area.The group’s associate legal director, lawyer Jameela Hardal Wakim, called it a significant step in the work being done to prevent new sources of pollution in Haifa. Still, she said more work needs to be done to cut down on existing sources.