Looking to relax by the sea? Steer clear of Israel’s most crowded beaches 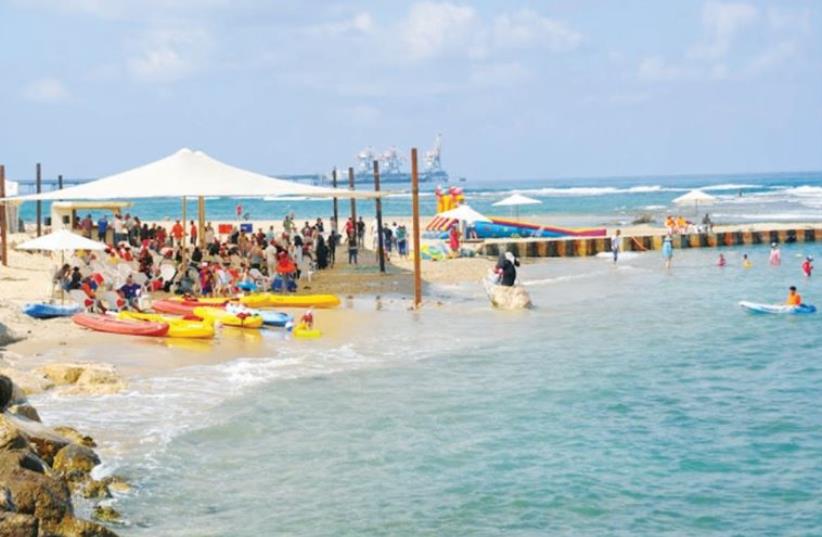 At the beach
(photo credit: RONI ALFRANDRI)
Advertisement
We expect a day at the beach to be full of gentle sea breezes, sun-kissed skin, cold drinks and great waves. However, many who come to Israel’s most crowded beaches find themselves struggling to find free space amid blasting music, cigarette clouds and overly dramatic groups of friends arguing loudly about topics like sports and how they could make the country better.Fortunately, on Monday environmental NGO Zalul released its annual list of the most crowded beaches in the nation based on the amount of free space available between the seats and umbrellas that cost money to use. For the past five years, volunteers from the organization have headed to the nation’s coast on the last weekend of June to take stock of the state of our beaches.The purpose of the ranking, the organization said in a statement, is to “point out places where municipal umbrella and chair rentals have left little, if any, space for those who want to have fun at the sea without having to pay.”Anyone who wants to reclaim their right to free beach-side relaxation should follow Zalul’s list carefully.Topping the list was Tel Aviv’s Tzuk Beach, in the northernmost part of the city known as Glilot. When Zalul members descended on the beach, they reported that it “stood out for its complete lack of chair-free space.” It had 0% open space next to the water. Volunteers reported that the sand was crowded with municipal rental chairs as well as chairs from a nearby restaurant.Second on the list was HaSela Beach in Bat Yam, where Zalul volunteers found very little chair-free space. Only 3% of the total beach area was left open and only 3% of the space next to the water was available.“Bathers are left with no choice other than to pay for a chair or go far away to other beaches, which are often unsupervised and dangerous.”Bograshov Beach in Tel Aviv, which actually registered a slight improvement in its crowded conditions, ranked in third place. In 2015, only 25% of the beach was rental-chairfree while this year that number rose to 46.5%. Still, only 6% of space next to the water was available to those without rental chairs.Following Bograshov in terms of crowding was the nearby Banana Beach in Tel Aviv, with 24% of the sand chair-free (compared with 36% in 2015) and only 6% of space along the water open.Next on the list was Netanya’s Sironit Beach, where the volunteers couldn’t find any open space less than 15 meters away from the water. They reported that parts of the beach had three to four rows worth of rental umbrellas or chairs. The crowding was so severe that rental chairs were even being placed in sheltered areas intended for free-use only. Out of the total beach space, only 68% was free of rental chairs and only 8% of the space along the water was open. According to a lifeguard on duty, only people who arrive very early in the day are able to sit near the water. Another option is to squeeze between the chairs and umbrellas “without causing a disturbance.” Relatively few had attempted this delicate procedure, the organization noted.Two beaches logged improvements compared with 2015. Herzliya’s Zevulun Beach was one of them. However, the most dramatic improvement was at Tel Aviv’s Metzizim Beach. Zalul had once ranked it as one of the city’s most crowded beaches, with only 25% of beach space available in 2015. However 2016 found it “completely free of rental chairs,” with 100% of the total beach space free of rental chairs.Zalul’s General Manager Maya Jacobs called the change at Metzizim Beach “an example of public pressure,” adding that when a municipality wants to, it has the power to cause change.”Still, she lamented that in the five years of conducting the survey, the situation has grown worse in most places.“The time has come to end the exploitation of beaches by municipalities and business,” she said.