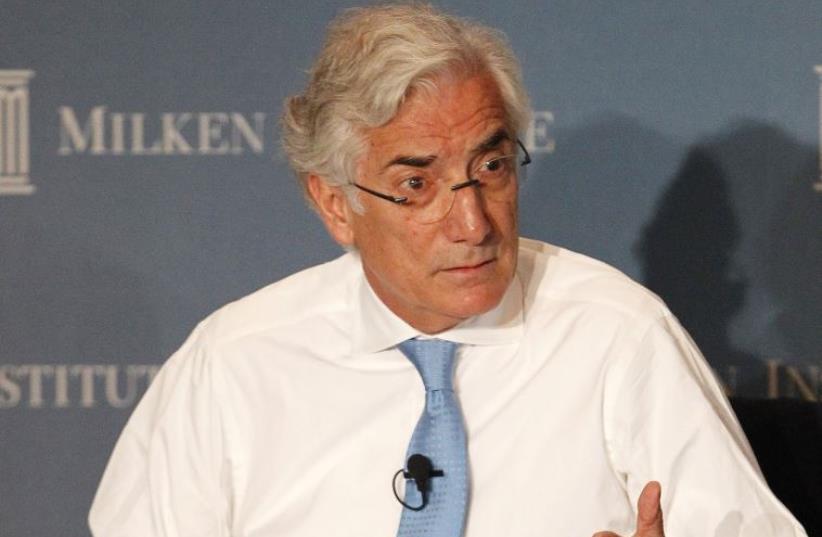 Sir Ronald Cohen, head of the Social Investments task force of the G8
(photo credit: REUTERS)
Advertisement
Israel on Tuesday was accepted as a full member of the Global Steering Group on Impact Investments, a part of the Social Investments task force of the G8.The task force, which Prime Minister David Cameron established while leading the G8 forum of leading industrial countries in 2013, was first limited to just the G8 member countries, but has since added Australia and, this week, Mexico, Brazil, India, Portugal and Israel.Impact Investing refers to the use of financial tools and products to further social causes, such as advancing health objectives or reducing homelessness, while also generating some level of financial return.“I’m very proud of Israel’s acceptance as member of the steering committee,” said Sir Ronald Cohen, the Egyptian-born British businessman and political figure who heads the task force.As first reported in The Jerusalem Post, Israel made its first appearance before the G8 in December 2013, when a group called Social Finance Israel presented its outline for a diabetes prevention program using Social Impact Bonds. The idea was that investors who buy the bonds would sponsor a program to prevent diabetes, and if the program worked, they would get a higher payoff from the state.Because the state generally spends a lot of money on treating diabetes, the prevention would save it money, while earning the investors a profit and helping to prevent diabetes in the high-risk people targeted by the program.“Participants were very impressed by the plans Israel’s representative presented to promote investments with a social purpose in Israel, and the progress that Israel is making in this area,” said Cohen, who is also on the board of Social Finance Israel.