Israel, ahead of only seven countries, has a 25.9% fixed penetration rate. 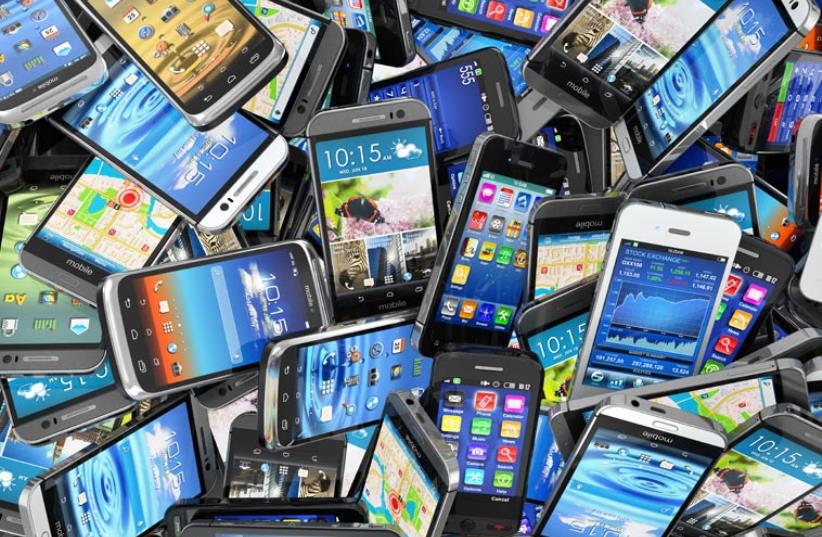 A record year for smartphone sales in Israel
(photo credit: ING IMAGE/ASAP)
Advertisement
Israel lags significantly behind other rich countries in the percentage of people who have broadband mobile plans, according to OECD data released Tuesday.The survey, taken in December 2015, showed that mobile broadband penetration in the OECD averaged 90.3 percent, a nearly 9 percentage point increase over the previous year. In Israel, however, the penetration reached only 50.1%, putting it ahead of only Greece and Hungary among the 34 OECD nations.In nine of the countries penetration had surpassed 100%, meaning that there was more than one broadband subscription for every resident. Japan, for example, had the highest mobile broadband penetration rate: 138.8%. In the US, the rate was 116.7%.Israel’s position on fixed broadband (such as DSL or high-speed cable Internet in homes and offices) was not much better. The OECD average penetration rate came to 29%, with the US measuring 31.4%, the UK 37.9% and Switzerland leading with 51.9%.Israel, ahead of only seven countries, has a 25.9% fixed penetration rate.Part of the lag in Israel may be due to the fact that its sizable ultra-Orthodox sector, which accounts for about a 10th of the population, tends to shy away from Internet usage. Similarly, it is likely that the roughly 20% of the population who are Arab have lower usage rates due to the higher concentration of poverty in that sector and other factors.Still, given the width of the gaps, it seems unlikely that these two populations fully account for the differences.