severing of 17 years of ties comes 8 months after telecom giant CEO said his company would abandon Israel's Partner Communications “tomorrow morning” if not for contractual penalties. 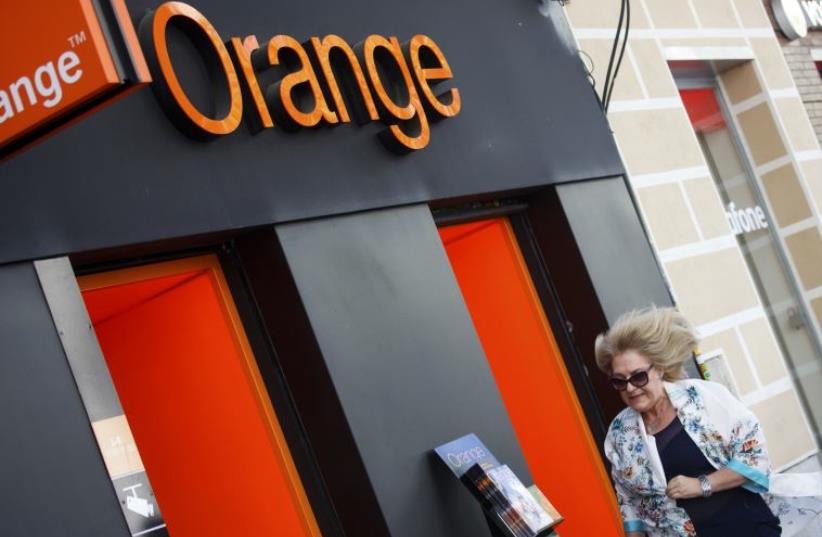 A woman walks past an Orange shop
(photo credit: REUTERS)
Advertisement
Partner Communications of Israel will end its relationship with the French telecommunications giant Orange next month following a BDS controversy.The severing of 17 years of ties comes eight months after Orange CEO Stephan Richard said at a news conference in Cairo that his company would abandon Partner “tomorrow morning” if not for contractual penalties, raising questions about a company boycott of Israel.Richard later said he “sincerely” regretted the “controversy” and was speaking “of a purely business issue.”A week later he came to Israel to apologize in person to Israeli Prime Minister Benjamin Netanyahu, saying: “I regret deeply this controversy and I want to make it totally clear that Orange as a company has never supported and will never support any kind of boycott against Israel.”French President Francois Hollande also reiterated his strong opposition to anti-Israel boycotts in the wake of the controversy. Orange is 25 percent owned by the French government.Partner will receive about $100,000 in compensation for Richard’s damaging statements and for agreeing to give up the Orange brand name. Partner said it would now work on rebranding.Orange and Partner signed an agreement following Richard’s statements to part ways within 24 months. Partner previously had been expected to operate under the Orange name following a 10-year agreement that was to expire in 2025.