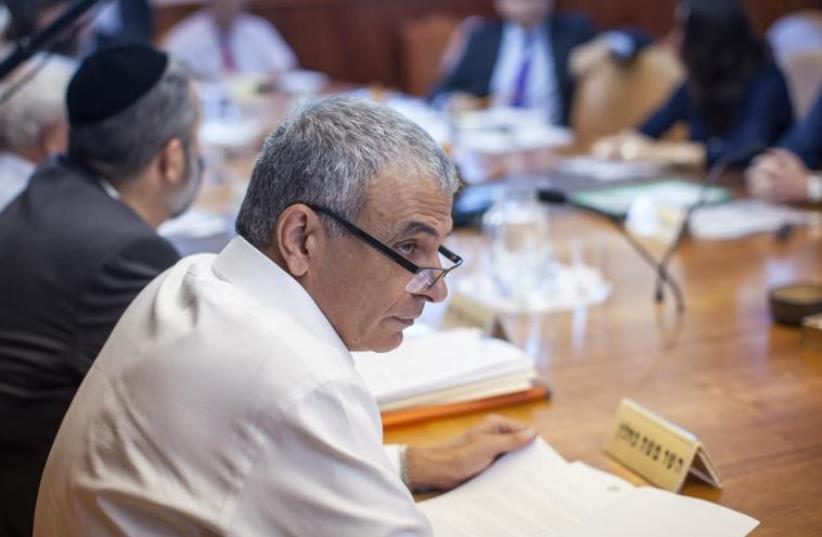 Moshe Kahlon
(photo credit: EMIL SALMAN/POOL)
Advertisement
The cabinet and the Ministerial Committee for Legislation approved a bill on Sunday with a blanket prohibition against binary options.The binary-options industry has been home to a vast amount of fraud during the past decade, during which companies cheated billions of dollars from victims worldwide.The Knesset already passed a law last year that bans Israelis from investing in binary options, the first country to do so.A March court ruling against GG Fair Trade, a binary- options trading platform, demanding that it and a wide swath of similar entities register with the Israel Securities Authority or be shut down, was another blow to the industry.But absent Sunday’s bill, Israel could still be used as an arena for others to invest in binary options and certain entities could still escape the requirement to register with the authority.If the newest legislation passes the Knesset, its next stop in becoming law, it could very well be the end of the industry in Israel.An Israel Securities Authorities spokeswoman said that the bill is expected to be fasttracked and given priority over other bills.The bill is sponsored by Finance Minister Moshe Kahlon who said that it was necessary to rein in the industry which had ravaged investors for too long without comprehensive regulation and prosecution by law enforcement.Attorney-General Avichai Mandelblit praised the vote and said that he had directed law enforcement to do all it can to reduce the footprint of the binary-options industry in Israel even prior to the bill becoming law.Israel Securities Authority chairman Shmuel Hauser said: “In addition to the grave economic harm to the world’s citizens, the marketing of binary options causes harmful and destructive damage which continues to grow, accelerate and inflame antisemitism against all Jews and especially against Israelis.”Besides banning binary options, the draft law also prohibits any type of trading forum that sells to overseas clients – even if they do not offer binary options – without receiving a license from the country where clients reside.Violating the bill’s provisions will be punishable by up to two years in prison, and if money laundering is involved, punishment could reach 10 years in prison. Israeli regulators have received many complaints regarding losses suffered by binary-option traders in various countries.Binary options involve placing a bet on whether the value of a financial asset – a currency, commodity or stock – will rise or fall in a fixed time frame, sometimes as short as a minute. The owner of an Israeli binary-options firm was arrested on suspicion of fraud and extortion last month after an investor abroad reported losses of more than $500,000 to the online company, the first arrest since authorities announced a crackdown.A Reuters special report published in September shed light on the rapid rise of the industry in Israel. London-based lawyers said hundreds of their clients were duped out of vast sums of money by some Israeli firms. More than 100 operators are estimated to be based in Israel, a technology hub.Investors have accused some of these Israeli companies of transferring money between accounts without approval and in some cases of preventing them from withdrawing their own funds.Reuters contributed to this story.