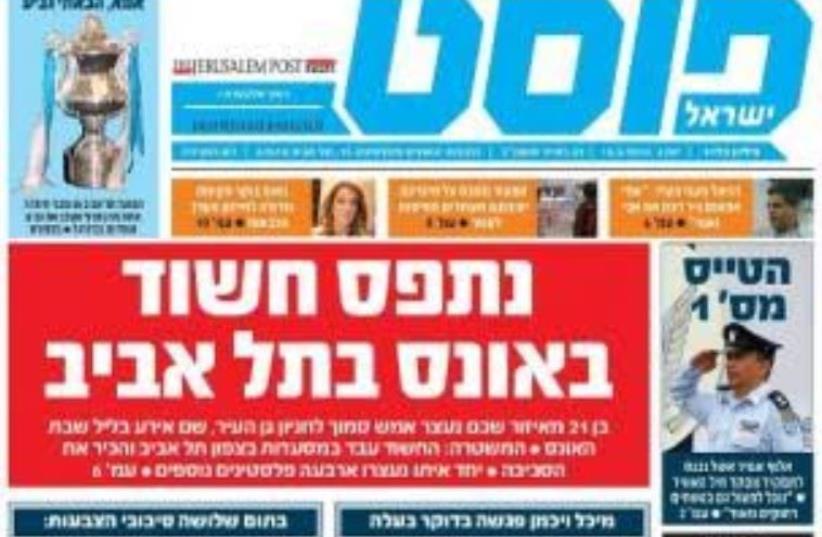 The daily freebie newspaper, “Israel Post.”
(photo credit: Courtesy)
Advertisement
The Jerusalem Post Group announced on Sunday that from January 2016, the daily freebie newspaper, “Israel Post” will be distributed under a new name, “Maariv Haboker” (The Morning Maariv). The newspaper will include news, culture, business, sport and features.   Some 130,000 copies will be distributed throughout the country, at certain chain stores, the Israel Railways, cafes, gas stations and business centers.Maariv is currently the third largest newspaper in Israel, and The Jerusalem Post Group believes that the move will increase its circulation even further.,The newspapers, “Maariv Hashavua” (week days) and “Maariv Sof Hashavua” (weekend), will continue to be printed as usual, and sold for the regular price.  The change of name to “Maariv Haboker” received approval from the Interior Ministry earlier this month.