We Are All a Family, an NGO that advocates for policies that reduce burdens on families, came out against the legislation. 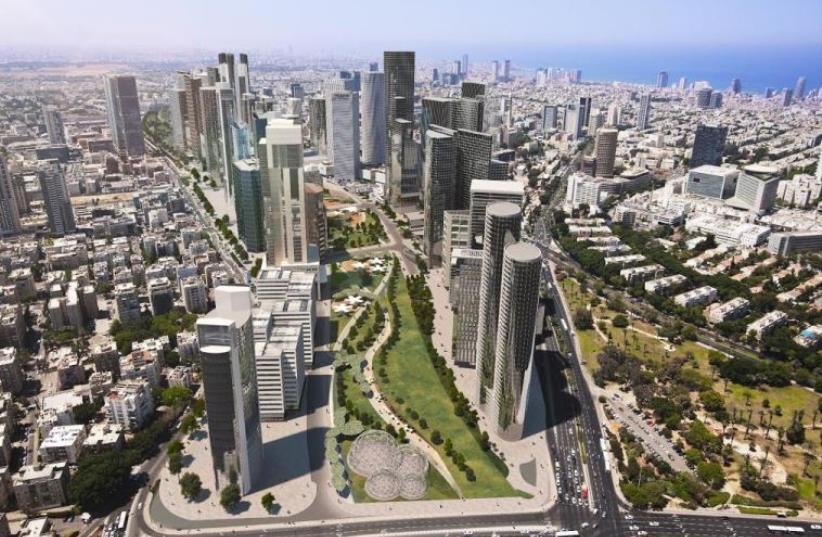 Tel Aviv's Ayalon Highway
(photo credit: VIEWPOINT)
Advertisement
Plans to introduce monthly three-day weekends are running into complications, as industry and advocacy groups began squabbling over details Sunday.The plan, which Kulanu MK Eli Cohen is pushing as a way to simultaneously increase leisure time and boost productivity, would cut the average number of worked hours each week down from the current 43 (the OECD average is about 40). Many of the disagreements arose over who would cover the cost of the lost work.“Anyone who thinks the solution is to put the burden on the workers is wrong and is misleading others,” said Histadrut labor federation Chairman Avi Nissenkorn. The country’s largest and most powerful labor union would not hesitate to call a general strike if the bill tried to extend regular working hours in order to compensate for lost time on the weekends.From the other side of the spectrum, Shraga Brosh, president of the Manufacturers Association of Israel, said that companies would struggle to make up the productivity losses of a full Sunday’s worth of work each month.“Even if you put back that same Sunday in the form of 10 extra minutes every day, that would also cost the economy about NIS 1.5 billion each year. And thinking that not working on Sundays once a month is the solution to our productivity problem? I don’t think so,” Brosh said in an interview with Army Radio.In an interview with The Jerusalem Post last week, Cohen said the bill would find specific solutions for all classes of workers, offering hourly workers overtime pay if they were to work on the new vacation day and finding a suitable solution for salaried workers.We Are All a Family, an NGO that advocates for policies that reduce burdens on families, also came out against the legislation.“Rearranging the workweek so it will appear shorter, even while the actual days will get longer and make it tougher for employees to see their children, is not a solution but a sham,” the NGO wrote.According to a report from the Taub Center for Social Policy Studies in Israel released Monday, Israel’s productivity – the amount produced for every hour worked – has opened up a growing gap compared to other advanced countries since 1995. One of the main drivers of the lower productivity, the report said, was lack of skilled and educated workers. Sectors with highly educated, high-skilled workers tend to be productive, while those that employ less-educated and lower- skilled workers have fallen behind.