NGO: No protection for Israeli banks with PA ties in terrorism lawsuits

Last February, a US jury handed down a $655.5 million judgment in wrongful death damages against the PA in a case brought by 10 American families that lost relatives in Palestinian terrorist attacks. 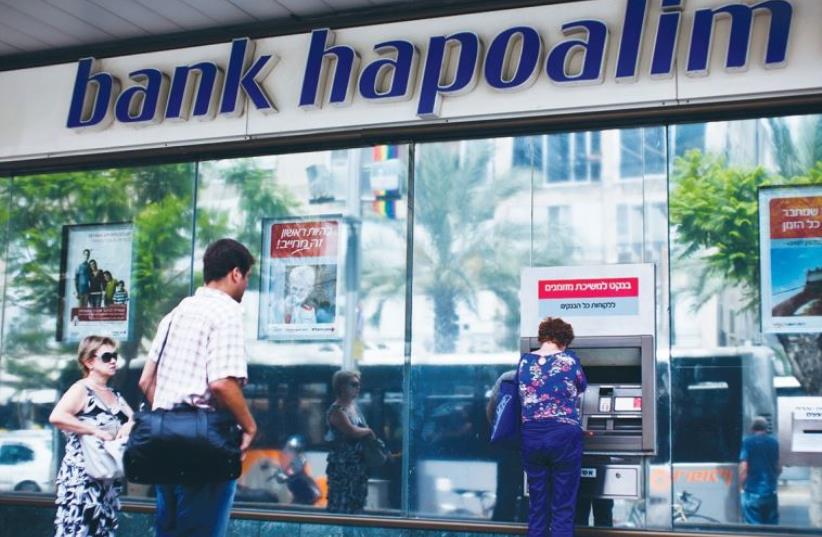 A WOMAN uses an automated teller machine outside a Bank Hapoalim branch in Tel Aviv three years ago.
(photo credit: REUTERS)
Advertisement
Shurat Hadin, an Israeli NGO that focuses on litigating terrorism cases, wrote a letter to Finance Minister Moshe Kahlon last Tuesday arguing that any Israeli banks that cooperate with the Palestinian Authority or its banks should not be protected against anti-terrorism lawsuits.If Kahlon agrees, it could lead Israeli financial institutions to sever ties from Palestinian banks and the PA for fear of lawsuits, and severely damage the Palestinian economy.“Any encouragement or support given by the state, by the Finance Ministry, by you, or by those acting on your behalf, to any Israeli or international bank in order for them to continue their engagement with the Palestinian banks, let alone any guarantee of protection against anti-terrorism suits, are liable to put relevant persons in breach of many legal provisions,” including those against financing terrorism and money laundering, the group wrote.In February, The Jerusalem Post’s sister paper Maariv reported that Bank Hapoalim and Discount Bank were considering severing ties from Palestinian banks due to fears that the funds would be used to fund terrorism, and expose the Israeli banks to lawsuits both in Israel and abroad. The banks sought legal guarantees from the Finance Ministry to shield themselves from anti-terrorism lawsuits, and said it was preferable to sever ties to Palestinian banks if none was offered.Kahlon, who did not respond to requests for comment on Shurat Hadin’s letter, has been working to deepen economic ties between Israelis and Palestinians, and has argued that improving Palestinian economic conditions would lead to security benefits for Israel.Cutting Israeli ties to Palestinian banks, however, could wreck the Palestinian economy, leave the PA largely cut off from crucial funds that Israel transfers to it, or even hasten the authority’s collapse.In its letter, Shurat Hadin argued against any protections for institutions that facilitate the transfer of funds and claimed that Palestinian banks disburse money to the families of suicide bombers and security prisoners. Last February, a US jury handed down a $655.5 million judgment in wrongful death damages against the PA in a case brought by 10 American families that lost relatives in Palestinian terrorist attacks.“It is inconceivable that the State of Israel will give protection to activities that fund terrorism,” said Shurat Hadin founder Nitsana Darshan-Leitner, an attorney. Any protections, she added, would put the Israeli taxpayer on the hook for terrorism finance lawsuits.