As part of the project, 8th and 9th-graders at the AMIT Kamah Yeroham High School began teaching robotics in a nearby Beduin village with the goal of helping children there establish a robotics team. 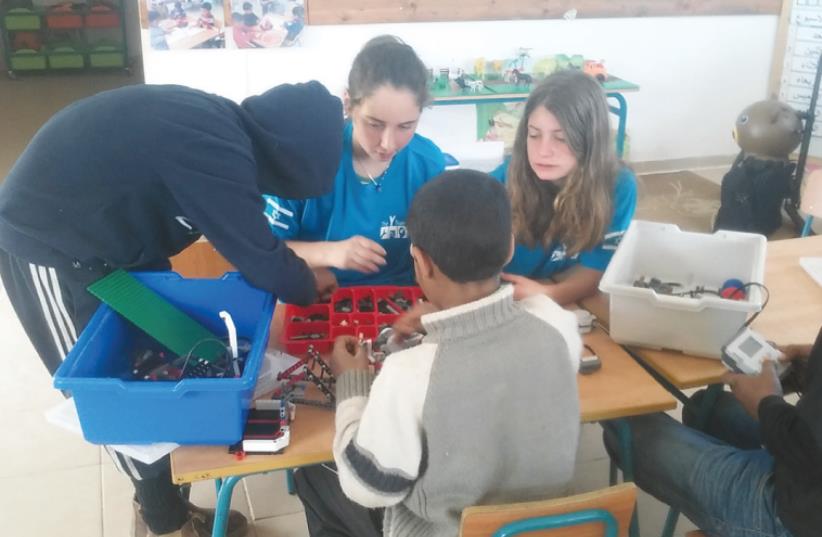