Having a Swiss bank account is not illegal in Israel as long as it is reported to authorities and taxes are paid. 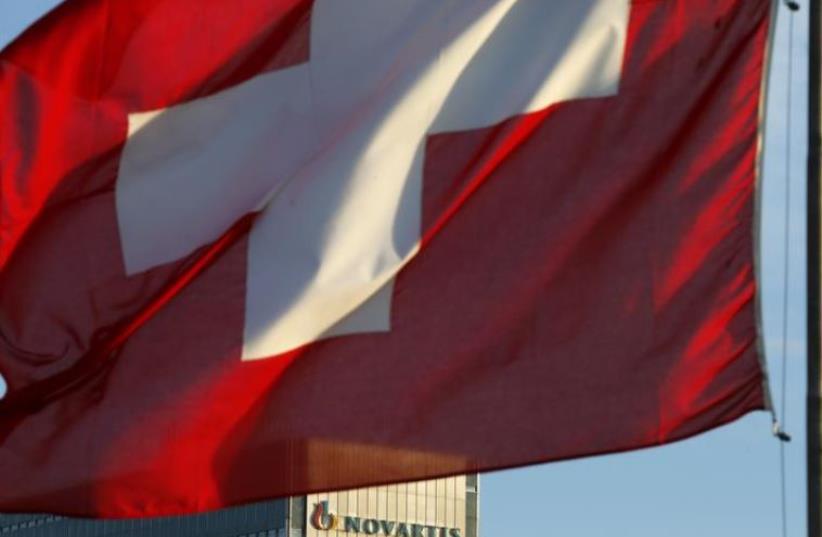 Swiss flag
(photo credit: REUTERS)
Advertisement
The Israel Tax Authority has made progress in its efforts to crack down on unreported tax havens, announcing Monday that French authorities had provided it with a list of 8,000 Israeli-owned bank accounts from Swiss bank HSBC.“Obtaining the list is one of the most significant outcomes of our struggle against dark capital, and it joins our legislative and other efforts for getting information on Israelis that are holding bank accounts and assets abroad,” said Tax Authority director Moshe Asher.Since February 2015, the authority has been working to obtain a list of Israelis with accounts at HSBC Switzerland.Having a Swiss bank account is not illegal in Israel as long as it is reported to authorities and taxes are paid. The authority said that it will spend the next few months examining the list of Swiss HSBC accounts and compare it with its records.The International Consortium of Investigative Journalists (ICIJ), which had coordinated the release of leaked data from HSBC in Switzerland, initially reported that Israel ranked sixth among 203 countries whose citizens were customers, with 6,554 Israelis holding accounts worth $10 billion.The authority has provided incentives for those who have not disclosed their accounts to voluntarily do so, including immunity from prosecution.It said that 5,360 such submissions reporting NIS 18.6 billion have been reported since September 2014.Such tax avoidance issues are not a one-way street.The Knesset Finance Committee on Monday approved regulations for Israeli compliance with a US law called the Foreign Account Tax Compliance Act, or FATCA, which requires foreign banks to disclose accounts held by US citizens to American authorities.FATCA, which the US government is using to crack down on the same kind of tax evasion that Israel’s authorities are trying to go after, imposes harsh penalties on banks that do not comply, which could effectively shut them out of the international banking system.