Algae – more important than we thought

In recent years, fourteen kibbutzim and seven companies have taken advantage of Hamashtela’s services, with deals reaching a total of NIS 200 million. 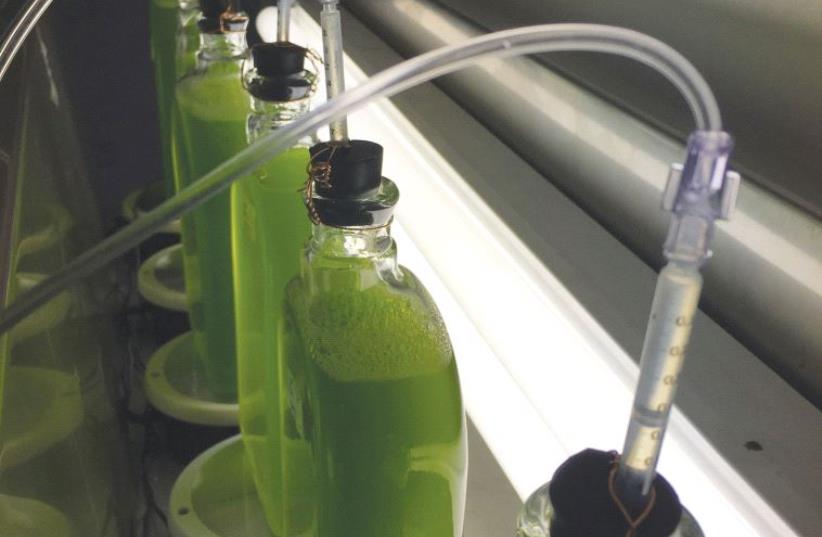 YALGAE HAS developed a unique technology to treat various pollutants in a green and sustainable manner.
(photo credit: Courtesy)
Advertisement
Pest removal using desert plants; producing electricity from the ocean’s waves and producing healthy wine powder without the alcohol and sugar. These are just a few of the new ecological (green) startups that will be displaying their technologies at a conference geared towards raising funds from kibbutzim and moshavim.The conference is being organized by the Kibbutz Industries Association and the Kamea Foundation through a new program they call Hamashtela, which they set up to create collaborations between kibbutzim and factories with new investment projects.Hamashtela is prepared to lend kibbutzim money (if they commit money of their own too) for these investments, making it a great way to get support for strategic investments.In recent years, fourteen kibbutzim and seven companies have taken advantage of Hamashtela’s services, with deals reaching a total of NIS 200 million. According to Kibbutz Industries Association chief executive, Udi Ornstein, investing in startups is one of the best ways for kibbutzim to bolster growth. Hamashtela also accepts existing enterprises that want to develop new products or break into a new industry.Hamashtela director Rafi Nevo has said that the companies that displayed their technologies at the conference included a variety of innovative devices. One technology identifies changes in building structures by comparing programs and drawings online, which leads to increased time saving. Another is a device that can save the life of trauma patients so that they can make it to the hospital. A third company has developed a technology that detects and assesses roofs and surfaces as to their potential for having solar systems installed on them.Kibbutzim that have already begun collaborating with startup companies will also participate in the conference. CuraPipe, which belongs to Plassim Infrastructures Ltd. from Kibbutz Merchavia, produces a special material used to fill holes and cracks in water pipes without having to do any digging, which results in a reduction of underground leaks.Another company is SmarTap, an electronic “smart” showerhead that can talk with computers and smart home devices that can be used in hotels, as well as in homes. A third company is Aquallence, which created an advanced water purification system with new ozone technology, which has an internal power supply that can purify water and withdraw all the toxins and metals found inside.yAlgae, a Yehse Technologies Company, has developed a unique technology to treat various pollutants in a green and sustainable manner while keeping capital and operating costs at the lowest levels possible. In July 2015, an algae-based system was launched that is capable of treating various types of industrial pollutants both in the gaseous and aquatic phases. The excess material will be used for bio-fuel development at the Samaria and Jordan Rift R&D center and leading academic institutions. A biologically based algae that keeps energy production systems from getting contaminated has great economic potential.The planned facility will be built based at a nominal size, and a number of parallel units will be built according to sizes needed to prevent the release of gases and polluting elements that are generated during the production process.