An Israeli laundry app with potential for more

kVisi lets you order laundry pick-up and delivery and charge it to your card. 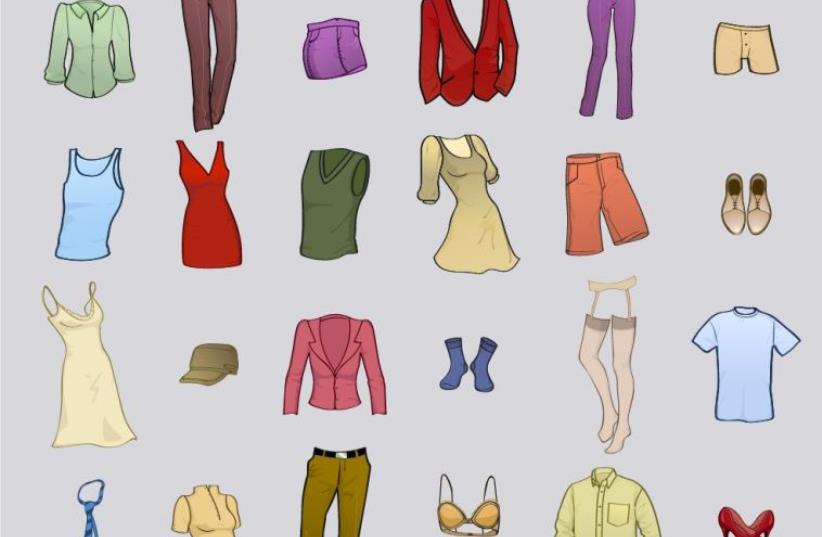 Men and women's clothing
(photo credit: INGIMAGE)
Advertisement
At first blush, kVisi seems fairly unremarkable.Like so many other app-based service companies, it does a perfectly competent job, and maybe even saves you a little bit of a headache. Some apps let you hail a cab from your phone and charge it to your card, some apps let you order food and charge it to your card, kVisi lets you order laundry pick-up and delivery and charge it to your card.On a Tuesday morning, I opened up the app and scheduled the soonest available pick-up slot: Tuesday evening. The service woman arrived right at the beginning of the 30-minutes scheduling window--complete with app notifications that she was on her way--and gave me special kVisi bags for my laundry and dry cleaning, which I promptly filled and let her haul off. Drop-off was the same; I scheduled it for the first available slot, which was early Thursday evening. My laundry came back clean, folded, and smelling lovely.People who pay to get their laundry done, hate making phone calls, and are in no rush should love kVisi, but it’s difficult to say that its service stands out. Two local laundry places that offer pick-up and delivery service told me they could send someone to pick up my laundry within 30-40 minutes, and have it done the next day. Because kVisi takes the laundry to a central facility, where outside service-providers then pick it up, do the dirty work and drop it off, their fastest turnaround for wash and fold was two days. Similar apps in US cities, such as Washio,  FlyCleaners, and Cleanly, offer quicker turnaround times (though their costs are heftier than many non-delivery laundry services, while kVisi’s is roughly the same).“If your main goal is to drop it off in the morning and pick it up in the evening, there are other service providers. But we provide an added value of convenience,” said Erez Adiri, Founder and CEO of kVisi. Instead of acting as a go-between for customers and their closest laundromat, Adiri says, he wanted to ensure steady, high-quality service, which is why he chose the current model.“Good service in Israel is not easy to get. If I will trust all the different laundry places to provide the service for us, it will be extremely challenging,” he saidUnderneath the soap and suds of the laundry operation, however, is a more intriguing technology, one that Adiri developed with funding from the Office of the Chief Scientist at the Economy Ministry. That technology is the scheduling algorithm, which got the delivery van to my apartment at the very beginning of the half-hour window, twice.The problem it tackles is well-known in the dispatch world, and is referred to as the traveling salesman problem. If you’re a traveling salesman (or, for example, a van carrying laundry), and you have to get to a variety of geographic locations, how do you do it in the most efficient way?Adiri’s background in mathematics and economics helped him develop the particular solution, which at this point seems to be working great.“So far we are able to show up, on average, in the first 10 minutes, so I think we can even improve on the half-hour slot,” Adiri says.That’s all good an well for laundry, but the uses of an effective technology like that could go far beyond in other industries. Imagine if every time you ordered a package, you could get it delivered during a 30-minute (or 10-minute!) window of your choosing. Imagine if the cable company utilized the technology to schedule your repairs into a half-hour time slot instead of a three-hour one, and actually showed up on time.“Basically we’re an on demand company, but right now we’re focused on dry cleaning and laundry. We might focus on others in the future. The most interesting part is the technology we built” said Adiri.So if you want your laundry done, and prefer to schedule pick-up and drop-off via app, by all means click on the sheep-logoed kVisi app, which plays on the similarities in the Hebrew words for laundry (Kvisa) and sheep (Kivsa). But if the scheduling and pick-up method is as efficient as Adiri says, he should be able to wring new efficiencies out of the process and reduce the price and turnaround time. That would make kVisi more competitive in the already cutthroat laundry business. Hopefully Adiri can use the data from the laundry operation to perfect the algorithm and put it to use in industries where it can have a greater impact.