Bun Gurion University researchers developed a method that is able to identify smartphone thieves within 14 seconds or less. 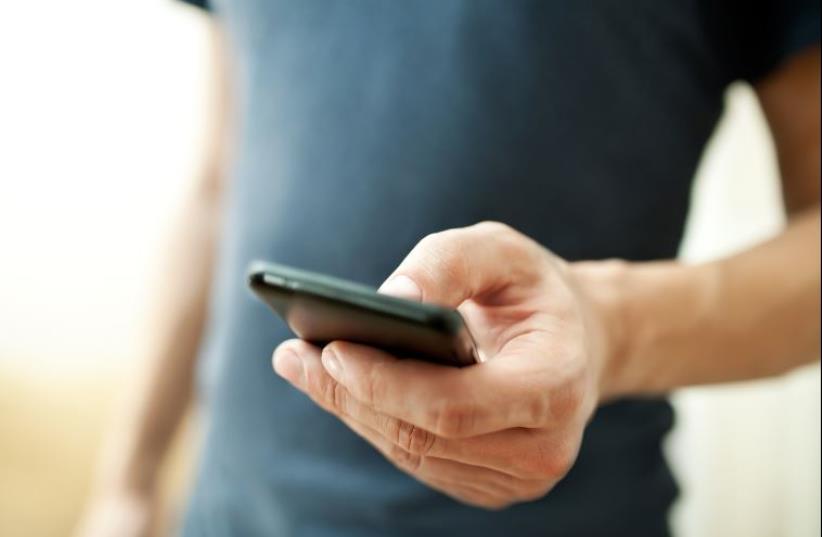 Man using smartphone
(photo credit: ING IMAGE/ASAP)
Advertisement
Researchers at Ben-Gurion University of the Negev have developed a verification method that can identify a thief in 14 seconds or less, depending on how the user presses the touch screen.Most people think locking their phone with a password or a finger-operated pattern is enough to protect it from use by others. But such codes can be broken quite easily, since most people choose familiar passwords that are simple to guess. Thus, there is a need to identify a user in real time.Smartphone users feel bereft without their devices.They store a tremendous amount of personal information on them and, on average, use them for 4.7 of each day’s 15 waking hours.In 2013, 3.1 million Americans were victims of smartphone theft. Subsequently, 68% testified they had not succeeded in restoring all their stolen information.Researcher Liron Ben Kimon, under the supervision of Prof. Bracha Shapira, Prof. Lior Rokach and Israel Mirsky, of the university’s software and information systems engineering department, tested their method on 20 users over a two-week period. Their model tested how users touch, where they touch, and how much of their finger touches the screen.The model accounts for applications being used, since touching differs with each app, with typing, for example, differing from scrolling. Since a regular user accidentally touches their screen on occasion, the model classifies a group of touches to identify the user, as opposed to each, individual touch. The model also computes the history of each touch – what was done 30 seconds before the current touch, which areas of the screen were touched, which buttons were pressed and electricity consumption during that time.Findings showed that unauthorized users can be identified in less than 14 seconds, or less than 35 touches.On average, a user touches the screen 35 times in 13.8 seconds.The research was released to coincide with CyberTech 2017, now being held at the Tel Aviv Convention Center in partnership with BGU.The gathering is the second largest cyber event in the world, now being held for the fourth time and scheduled to end on Wednesday.Past events have included a conference and an exhibition of more than 200 companies, including a special pavilion of about 100 Israeli start-ups.