For HackTrack TLV, the youth split up into teams of up to four participants to formulate and develop their ideas, vying for a first place prize of NIS 5,000 and office space for at Merkspace. 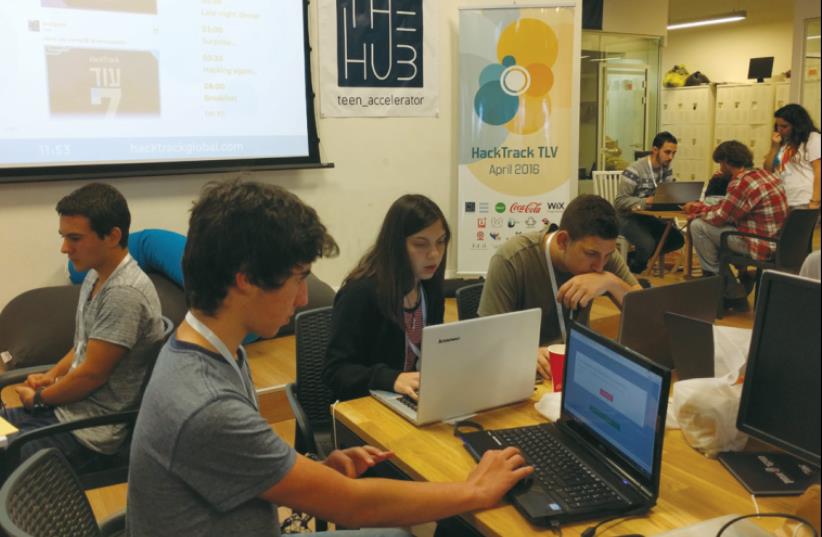