In talks with the dozens of companies that set up booths around the conference grounds, Netanyahu’s warnings appeared to be borne out – and turned into business opportunities. 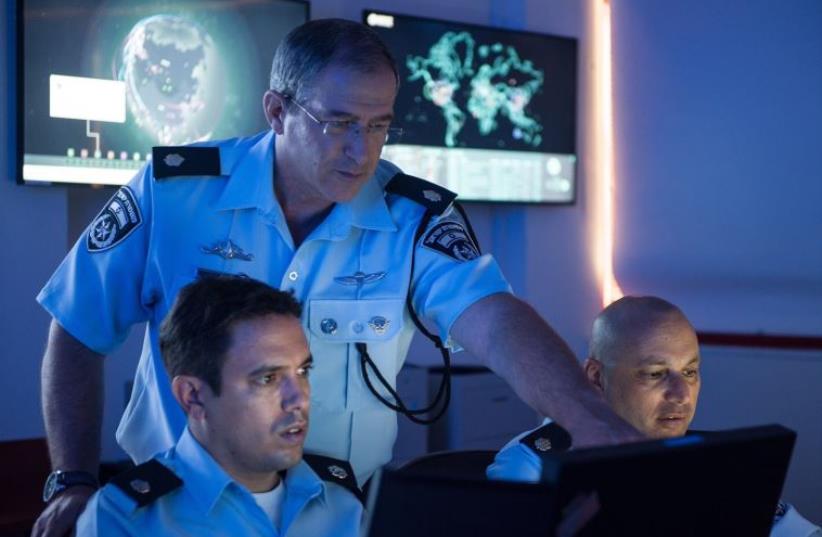 Police cyber crime unit
(photo credit: POLICE SPOKESPERSON'S UNIT)
Advertisement
Prime Minister Benjamin Netanyahu set the tone when he opened the third annual Cybertech conference in Tel Aviv on Tuesday morning.“The greatest curse that we face is that in the Internet of Everything, everything can be penetrated. Everything can be sabotaged. Everything can be subverted. And when I say everything, I mean everything,” he told the crowd of hundreds of cyber security start-up entrepreneurs, business people, investors and policy-makers at the world’s second-largest cyber technology conference, held at the Tel Aviv Fairgrounds.“It’s our personal privacy. It’s the robustness of our infrastructure. It’s our national economies and our national defense. Everything from our personal accounts and information, our bank accounts, our power grids, our communications centers, our planes, our cars – that’ll change too in a big way – even the way we do elections. Everything can be penetrated,” the prime minister continued.In talks with the dozens of companies that set up booths around the conference grounds, Netanyahu’s warnings appeared to be borne out – and turned into business opportunities.Take, for example, the growing world of connected vehicles, which might mean anything from autonomous cars to cars with computerized safety features built in, or simply cars that have basic functionality accessible through wireless connections.“Hackers could take over your car and drive it off the road, steal it, or just mess with your stereo. Imagine you’re driving along on the highway and suddenly your stereo goes to full volume. It could scare you and cause you to have an accident,” said Yoni Heilbronn VP marketing for Argus, a Tel Aviv-based company that deals with cyber security for cars and is already in talks with most major car companies or top parts manufacturers.Prof. Yuval Elovici, the director of Telekom Innovation Laboratories at Ben-Gurion University in Beersheba, gave an example of how his lab managed to hack a smart watch to intercept data between a computer and wireless printer, which it could then send out to prying eyes.For Avivah Litan, VP at the Stamford, Connecticut-headquartered Gartner, the problem isn’t data or computers, but the employees who are prone to human error, and bound to open the malicious email, or even make the mistake of hovering over a malicious advertisement on a webpage.“People are becoming the real weak link,” she said.Several companies, such as CyberReason and EnSilo, are offering cyber security solutions that assume the bad guys will break in, but seek to stop damage or information theft.“I think the trend that we see is that compromise is inevitable, and I think the market is reflecting this,” said EnSilo CEO Roy Katmor. The question of when to act, he says, is central to how different companies approach security, and in some cases highlights the need for clients to utilize several cyber security companies.“All the companies here are going to say something about infiltration, plus or minus, and focus on either stopping them before they get in or seeing them get in or letting them get in before acting,” he said.Another area, still, that can bring vulnerabilities: open source code. Most programmers out there rely on open source – publicly available code – for half of their programming, said Rami Sass, CEO of WhiteSource Software in Bnei Brak.“On the one hand, developers want to use as much open source as possible so they don’t reinvent the wheel, but they don’t want to invest all the time reviewing it,” he said. His company maintains a database of open source software to update clients on security problems, updates and fixes.If it seems like there is an Israeli company ready to solve any problem that the Internet of Things – the trend of connecting ordinary devices like thermostats and baby monitors to networks – the perception is apt.According to IVC, Israel has 430 cyber companies, plus 40 foreign R&D centers. Cyber companies have seen a huge upswing in investment as well, from $58 million in 2010 to $539m. last year.Given all the new areas that must be secured, and the intense government efforts to help the sector in Israel bloom, the figures hardly seem surprising, though they remain impressive...