DLD revealed that Israelis are Samurais of the startup scene

Somehow, in a world of economic superpowers, Israel has become a center for the most cutting edge industries in the world. 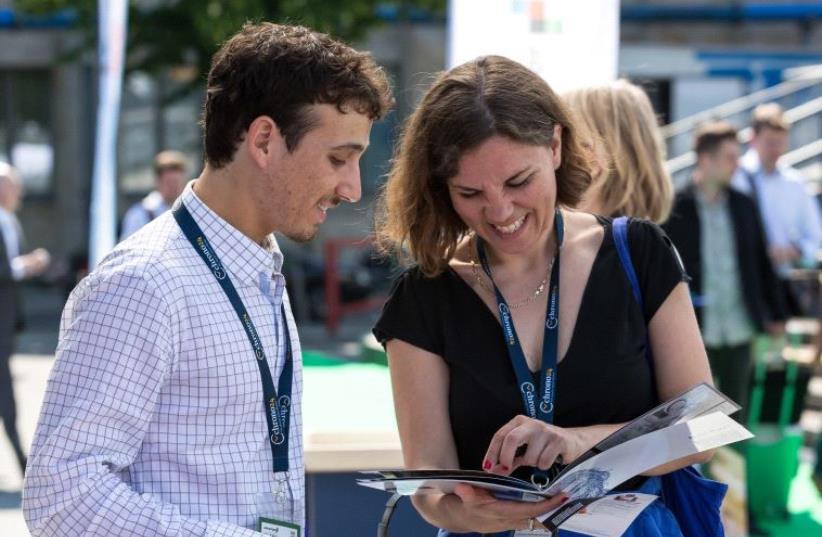 DLD Conference
(photo credit: Courtesy)
Advertisement
Everything you know about Samurai is wrong. They rarely used Katanas and their honor code was mostly created by their employers to keep them loyal. The reason Samurai were so well known and successful is due to some unique innate ability. Samurai became some of the best and most famous warriors in the medieval world, even though there weren't that many in number. I submit to you, Israelis, are the Samurai of the startup scene. Somehow, in a world of economic superpowers, Israel has become a center for the most cutting edge industries in the world. Europe is littered with startup hubs - from London to Berlin, and from Madrid to Dublin - where some of the biggest names in tech hold their European headquarters. But why do hubs, accelerators, investors, and corporations look to Israel to find innovation? My theory is simple: through a combination of culture, nurture, social structure, hardship, and a little bit of an X factor, Israel has inadvertently manufactured startups Samurai in the war for innovation, and I got to meet some last week at DLD.I also got to experience some of the technologies and innovation first hand at DLD with two inspiring site visits to some of Israel's most innovative companies.  My team and I were lucky to spend some quality time with top entrepreneurial talent like StoreDot and Aspect Imaging.Founder of StoreDot, Doron Myersdorf, and Founder of Aspect Imaging, Uri Rapoport, while experienced for many years in various companies, still have the passion and energy of new founders. They each had the essence of Israel’s tech culture and gave us the impression that they have secrets of innovation that they can’t wait to reveal to the world. Onsite at the DLD conference, we viewed the magic of Airobotic’s drone system first hand, ate delicious hummus (of course), and discussed the incredible skills of the 8200 elite with Eitan Sella of the Hybrid. We also met with over 25 incredible early stage startup technologies in the fields of agtech, cyber security, pharmaceuticals, digital health, mobility, and sustainability.Why is it that Israel has produced so many innovations? There are a few reasons, but let’s start with perhaps the most important one, Israel itself - a tiny, young country. While there is a tradition of heavy industry (mostly brought from socialist parts of Europe in the 1900s), there is no traditional industry or unique export the country can look towards as a primary financial backing for the country. Also, considering its size, traditional industries like agriculture are out of the question on the global scale. What's left is technology. It doesn't require a lot of space, it's based on innovation, and all you need regarding infrastructure is a simple internet connection. The next and more intriguing element, specifically to Europeans, is the culture. While the stereotype of the loud impolite Israeli isn't true by any means, Israelis will always put getting top results as a #1 priority while manners and courtesy will take a back seat. I've sat in meetings where Germans and Brits will tell the Israelis not to hold back, as their Israeli bluntness is something they were looking for in brainstorming sessions and strategy discussions. This bluntness is deeply ingrained in Israeli culture. Even in business settings, Israelis will speak their minds, and tell truth to power. The origins of this culture are hard to pinpoint, but I've once heard it was a result of Israel's defiant origins when they broke the chains of the British mandate.You can't talk about Israeli tech prowess without talking about the army. Every Israeli citizen gets drafted to the military once they turn eighteen. This has, in my opinion, two main effects on the Israeli startup sphere. The first is discipline. Even if everything you know about military life comes from watching Full Metal Jacket, you know that one of the first things you get in basic training is a healthy dose of personal discipline. This comes in very handy when you decide to start your own venture, become your own boss, and give it your all. The second part of this equation is the military innovation itself. The Israel Defense Forces (or IDF) has massive units entirely dedicated to creating new technological tools to defend the country from cyber threats. Graduates of these units go on to become professionals in some of the biggest tech names in the world, including Intel, HP, and Google. A big part of them, after they've had their fill of corporate life, move on to entrepreneurship, utilizing the skills they got in the army.Here's the rub, though. Nobody knows why Samurais could do what they did. The same can be said of Israelis and innovation. It seems their culture gives them the very specific skillset needed for building a successful startup. That's probably the X factor. It's not a specific element of Israel that makes it so strong with innovation, it's all of these different factors, and many others, taken together, that have created the interested people and technologies that I had the privilege to experience at DLD.
Torsten is the Executive Chairman of CUBE , the global ecosystem to connect startups with leading industry players. For the past 15 years Dr. Torsten Oelke has been an active player in the German digital economy. As a businessman, he has successfully built up companies and incubators. Besides his business activities, he serves as advisor to the German Minister of Economic Affairs.