Russak-Aminoach, the only Israeli on the list, was ranked 43rd on the 50-strong list dominated by countries such as the UK, China and Switzerland. 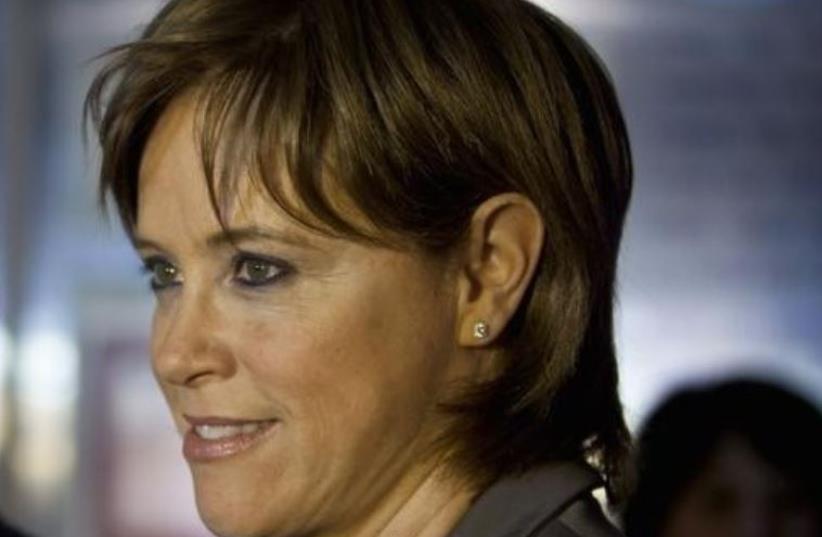 Bank Leumi CEO and President Rakefet Russak-Aminoach
(photo credit: REUTERS)
Fortune Magazine picked Leumi CEO and President Rakefet Russak-Aminoach as one of the most powerful women in its annual international ranking, released Thursday.Russak-Aminoach, the only Israeli on the list, was ranked 43rd on the 50-strong list dominated by countries such as the UK, China and Switzerland.More than anything else, the prestigious magazine focused on Russak-Aminoach’s handling of Israel’s tightening banking regulations.“Russak-Aminoach, whose bank posted a 73% increase in profits to $730 million, responded by announcing the early retirement of 700 of its more than 12,000 employees. The bank will also shutter some branches and launch a fully-mobile bank called Pepper later this year,” the magazine wrote.The dismissals drew heavy criticism from labor groups.The magazine also mentioned that she had to contend with a law aimed at capping bankers’ salaries, “including her own, which at about $2.1 million was the highest among CEOs of the country’s top four banks last year.”The US version of the list also included some notable Jews, including Facebook COO Sheryl Sandberg at number 6, Modelez International CEO and Chairman Irene Rosenfeld at number 8, Israeli-born Oracle CEO Safra Catz at number 10, and Google and Alphabet CFO Ruth Porat at number 13.
Sign up for the Business & Innovation Newsletter >>