Intel’s sixth-generation tech, made in Israel, arrives – in Israel

The products on display included everything from large gaming desktop systems to tablets, 2-in-1 laptops with touch screens and ultra-thin notebooks. 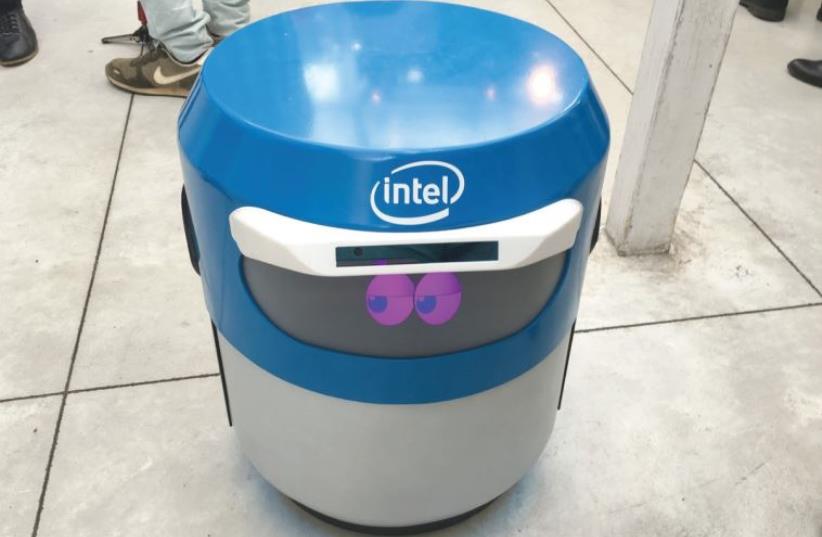 INTEL ISRAEL demonstrates a robot-navigation platform based on RealSense technology for developers in Tel Aviv yesterday.
(photo credit: NIV ELIS)
Advertisement
Intel’s R&D tech team in Haifa was behind much of the technology in its sixth-generation chips, known as Skylake.On Wednesday, alongside Asus, HP Toshiba, Dell, Lenovo, MSI and Acer, the company unveiled some 20 devices using their latest technology in Tel Aviv, now available to Israelis.Compared with processors from five years ago, Intel says the new chips have increased performance 2.5 times, graphics abilities 20 times and tripled battery life.Aside from its line of core processors (i3, i5 and i7), Intel also introduced a line of chips for mobile devices (m3, m5 and m7) that have a greater emphasis on battery life than processing, and “atom” chips for other connected devices. The vision, already on display in the devices, was to give machines the ability to function with fewer wires, fewer passwords and a natural user interface.The products on display included everything from large gaming desktop systems to tablets, 2-in-1 laptops with touch screens and ultra-thin notebooks, all featuring the sixth generation processors.“We are very proud that a significant part of the development happened here in Israel, in our Haifa lab,” said Ilan Hochman, Intel’s marketing development manager.Among the features the technology enables was Windows 10 Hello, a feature that allows people to log into their operating system through facial recognition. The RealSense camera needed for the technology incorporates both visual and infrared sensors to examine a face in 3D, meaning it cannot be fooled by a photo or video. The technology for that, too, was developed in Israel.The team behind it deployed a cute robot equipped with the camera around the room, as part of a platform they will make available to developers.The Intel team demonstrated how the camera and processing technology could be used to quickly scan a 3D image, which could then be manipulated and printed on a 3D printer or used in a game. One app, Oovoo, is using the technology to change the background for people on video conference calls, making it appear that they are in an office instead of, say, their living room (or the outdoors), Hochman said.The new generation of processor, which launched in September, is to be available in more devices in Israel starting in 2016.