The US can learn from Israel's “forward-leaning” approach on cybersecurity in the government, visiting US Energy Secretary says. 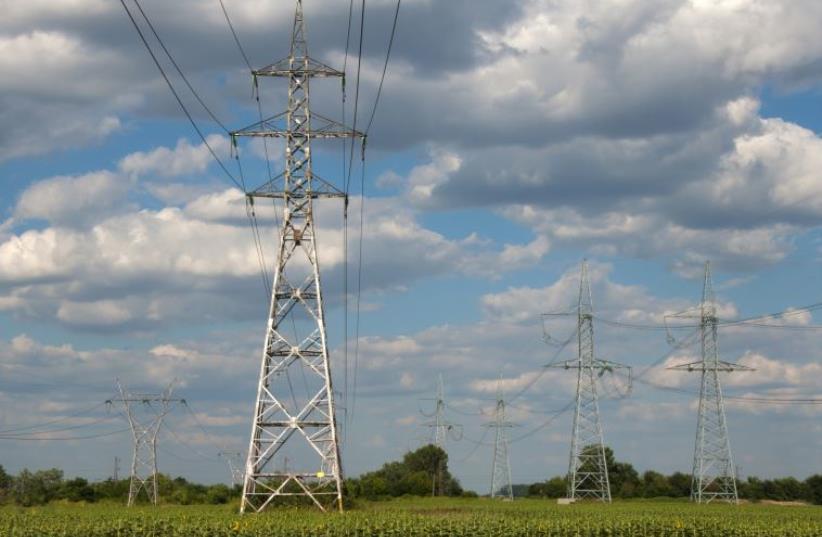 Electric poles (illustrative).
(photo credit: INGIMAGE)
Advertisement
Israel and the US seem to be strengthening their ties as a result of worries that cyber-terrorism could target power plants and electricity networks.Speaking at the National Committee for Energy’s eighth-annual conference on Tuesday in Tel Aviv, US Energy Secretary Ernest Moniz, in his first visit to Israel, told the crowd that cooperation between the two countries is crucial because in the US, “a very large fraction of cyber attacks involves the energy sector and that's a recent experience.” He went on to explain that the type of attacks could involve nuclear power plants, dams, and other “industrial control systems.”“Unfortunately, recent events in Belgium suggest specifically ISIL's, Daesh's interest in nuclear materials and highlight the urgency of enhancing nuclear and cyber security, Moniz told Energy, Infrastructure and Water Resources Minister Yuval Steinitz onstage at the event.Moniz said that stronger ties are needed to protect electricity infrastructure and prevent a “nuclear incident” as well.He added that he would like to bring to Israel an intensive nuclear defense exercise such as the one at the recent Nuclear Summit in Washington DC between the US and the Hague.He said that the US can learn from Israel's “forward-leaning” approach on cybersecurity in the government.The two energy leaders sparred last year over the Iran deal, and the subject came up again on Tuesday with both Steinitz and Moniz holding their ground.When Steinitz spoke of Iran's threats to Israel, Moniz was quick to respond, laughing, that “the frequency of the statement 'death to Israel' is matched only by the frequency of the statement 'death to America'.” Getting back to the serious tone, Moniz repeated that the Iran deal is focused solely on “removing an existential threat of a nuclear weapon” and not on any other issues, such as Iran's human rights problems or security concerns. Once the nuclear issue is dealt with, he said, then all the other problems can be addressed.Steinitz then mentioned Israel's “contribution” to the deal, which was with the limiting of nuclear enrichment to a small percentage.Comparing worries about Iran to past nuclear threats made by Iraq, Moniz said that today, Iraq's nuclear reactor is filled with cement.On Monday, the two energy authorities signed an agreement that will strengthen and increase the scope of cooperation between the US and Israel on issues such as natural gas, oil, water and defense of the energy networks involved. It also stipulates increased coopeation between Israeli energy researchers and top researchers from the US, through the Binational Industrial Research and Development (BIRD) foundation and the United States-Israel Binational Science Foundation (BSF).Following the conference on Tuesday, Steinitz and Moniz signed another agreement that would provide scholarships to send Israeli post-doctoral students studying energy-related topics to “leading institutions” in the US.