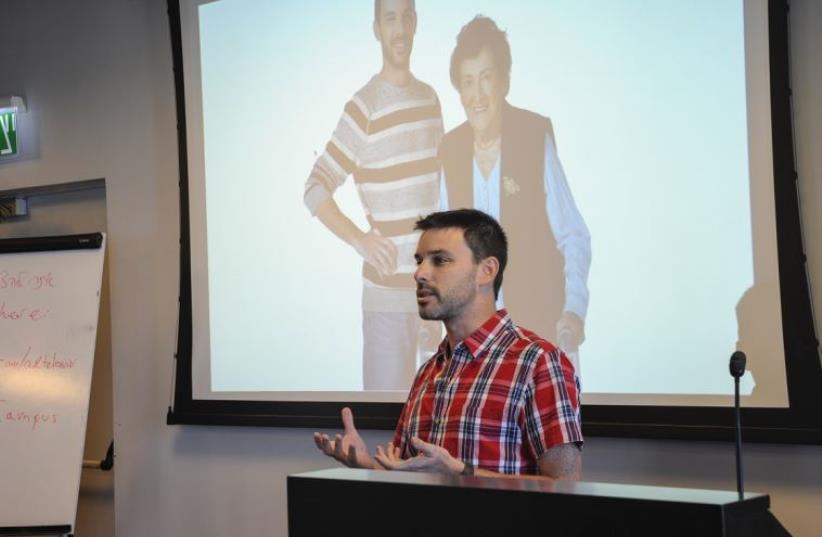 E2C CEO Amir Alon
(photo credit: SHIRI KLEIN NAHARI)
Advertisement
While the ever-advancing realm of modern technology is usually associated with younger generations, various Israeli start-ups are working on innovations to improve the quality of life for the aging.One of those, E2C (Easy to Connect) on Monday won the Tel Aviv round of an international competition for start-ups developing technologies for seniors. E2C, which specializes in making smartphones for aging populations, took first place in global innovation platform Aging 2.0’s Israel leg of the #30in30in30 contest that involves 30 pitch events in 30 cities around the world within a 30-day timeframe. The contest, organized by the social-tech booster Tech For Good’s Rally accelerator, was held at Google Campus Tel Aviv and showcased seven Israeli start-ups.The winning Yokneam Illit-based start-up offers 'smart' devices marked by their simple touch-screen functions and large-print, easy-to-read screens. While easing communication technology for senior citizens, the E2C smartphone also attends to the safety needs of the elderly, with capabilities such as emergency medical features, location tracking and remote connection to family members. Among its products, the company offers a basic smartphone and basic tablet, and has plans to release a basic smart TV and basic smart watch. "We hope to replicate the success we've had in Israel in the international market in general, and the American market in particular," said Amir Alon, CEO of E2C. "I am very happy about winning the international competition held in Israel today, and I hope to represent Israel in the final stage of the contest in San Francisco," he added. After winning the Tel Aviv contest, E2C is set to advance to compete in a virtual semi-finals round, from which a select few will be chosen to present in November at the Aging 2.0 Expo in the Bay Area city.