Tel Aviv-based Beyond Verbal’s technology enables the understanding of emotions, well-being, and health conditions through the human voice. 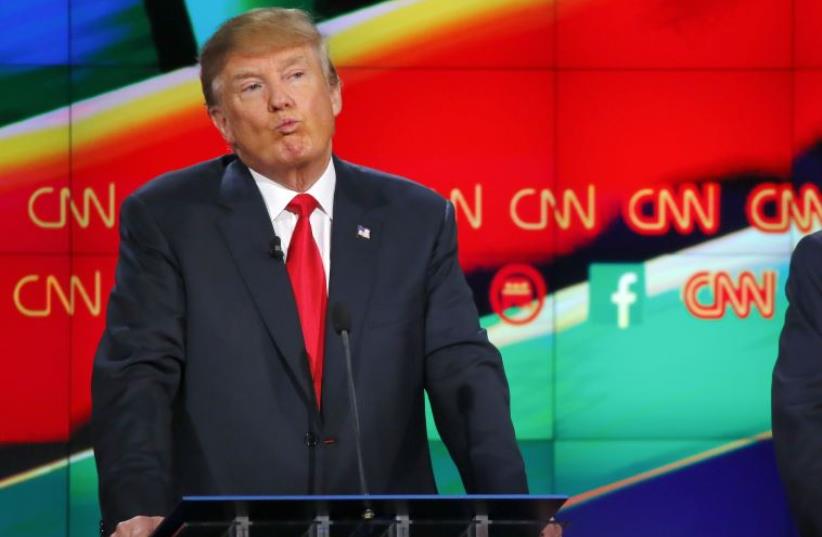 Republican US presidential candidate businessman Donald Trump reacts during the Republican presidential debate in Las Vegas, Nevada December 15, 2015.
(photo credit: REUTERS/MIKE BLAKE)
Israeli voice emotion analytics start-up Beyond Verbal has raised $3 million as part of a Series A round, led by China's KuangChi Science Limited, a member of the Kuang-Chi group.Tel Aviv-based Beyond Verbal’s technology enables the understanding of emotions, well-being, and health conditions through the human voice. Founded in 2012, the award-winning company’s emotions analytics technology has numerous applications - from improving call center effectiveness, to quantifying emotions for market research purpose, and all the way to tracking health conditions over time - and is grounded in more than two decades of research by chief science officer, Dr. Yoram Levanon."We envision a world in which personal devices understand our emotions and well-being, enabling us to become more in tune with ourselves,” Beyond Verbal CEO Yuval Mor told the news site Tech in Asia on Friday. “Understanding emotions can assist us in finding new friends, unlocking new experiences and, ultimately, helping us understand better what makes us truly happy.”The start-up says it has analyzed 2.3 million voice samples from 170 countries around the world. The start-up's website features examples of its technology with videos demonstrating how it decodes human vocal intonations into their underling emotions.The examples feature prominent figures including a heated exchange between Republican presidential nominee Donald Trump and Fox News's Megyn Kelly last August during a GOP debate. A tracker at the bottom of the screen shows descriptions such as "arrogance and condescension" being detected from the subject.
Another visual example of Beyond Verbal's solution, shows one of Apple co-founder Steve Job's last interviews discussing the iPad while he was battling cancer, to which he later succumbed."Loneliness, fatigue, emotional frustration," are some of the factors detected by the Israeli-developed technology.
Advertisement