Some 300,000 people have been trained, leaving them as goodwill ambassadors for Israel and empowered to develop and build. 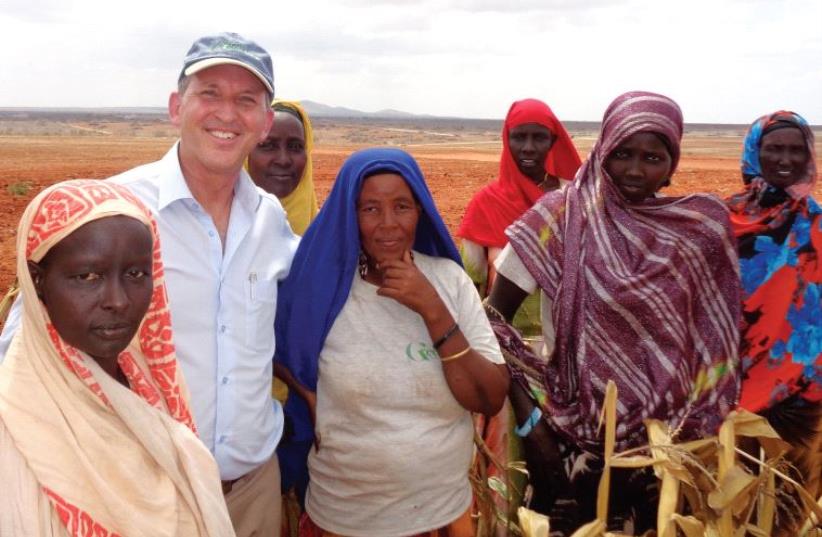 MASHAV trains women from around the world so they can be agents for change in their communities
(photo credit: MASHAV)
MASHAV’s mission is to lead Israel’s efforts to empower people living in poverty to improve their own lives. The State of Israel is committed to fulfilling its responsibility to contribute to the fight against poverty and global efforts to achieve sustainable development.MASHAV director Gil Haskel, former Israeli ambassador to Kenya and current deputy director general of the Foreign Affairs Ministry, explains when and why MASHAV was established.“In 1957, Golda Meir, Israel’s then foreign minister, returned from a tour of Africa and was horrified at the general poverty and at the way women were treated. Their needs were never taken into account nor were their strengths utilized,” he says.As he explains, Meir knew that a country cannot develop to its full potential while ignoring 52% of the population, so in 1961 she organized an international conference for women, inviting 66 women from all over the world. The result was the establishment of a center for the training and empowerment of women so they could be part of the process of development of their countries.Israel was still a growing country but had already so much to offer in the way of knowledge regarding agriculture, water conservation and equality in the labor force.With Meir coming from a kibbutz background, where men and women worked in the same capacities, she knew how much of women’s potential was being wasted.The first MASHAV training center was opened in 1961 on Mount Carmel. It was dedicated to training and empowering women from around the world so they could return to their home countries and be agents for change within their communities.Training the trainers MASHAV brings over small groups to train and become trainers in gender empowerment, paramedicine, agriculture, water conservation, irrigation and management skills.Today, each course is about three to four weeks in duration, and participants come from 140 countries. Some 300,000 people have been trained here, leaving as goodwill ambassadors for Israel and empowered to develop and build up their own villages with Israeli knowledge and skills and to train more people back home.Haskel recalls, “In Kenya, I hardly ever saw men in the villages during the day. They were all working in town.”This fact made it easier to train the women in aspects of agriculture and entrepreneurial skills, as they could go back to their village and set up their businesses without interfering with the men earning a livelihood.War-torn areas Around 50% of MASHAV’s work in carried out in the poverty-stricken areas of Africa, but it has also expanded into Latin America, Nepal, Myanmar, Cambodia and Laos.In the former Soviet Union, where many of the countries were embroiled in wars, Israeli experts trained the local population in emergency preparedness and post-trauma treatment.Haskel hopes never to cut back on MASHAV’s activities and only to expand, but the organization is totally dependent on the state budget’s allotting them enough money. So far, MASHAV’s work in Africa has been concentrated in East Africa, and Haskel hopes they will be able to spread their knowledge and training to West Africa in the near future.“Israel has a similar climate and agricultural conditions and was created from scratch. These countries know it, and look to us to learn and want to imitate our know-how. We have so much unique experience in building a country,” he says.Empowering women Founded in Haifa in 1961, the Golda Meir Mount Carmel International Training Center (MCTC) was the first institution in the world to deal with the empowerment of women. Ten years after it was established, its director went to visit Africa to see how much things had changed as a result of giving women a vital role in its development.She was discouraged and frustrated to see that absolutely nothing had changed.She realized that there was no way to empower women and make them agents for change and development without involving the men as well. They had to be convinced that the women were indeed capable of working with them, and it was imperative to discuss gender issues with both men and women present at the discussions. To that end, joint conferences and training sessions with men and women were arranged at MCTC.