Houston mayor looks to Israel as he builds hi-tech sector

“It’s my hope that during my term we can establish a direct flight from Houston to Israel, with all the synergies that exist between the two.” 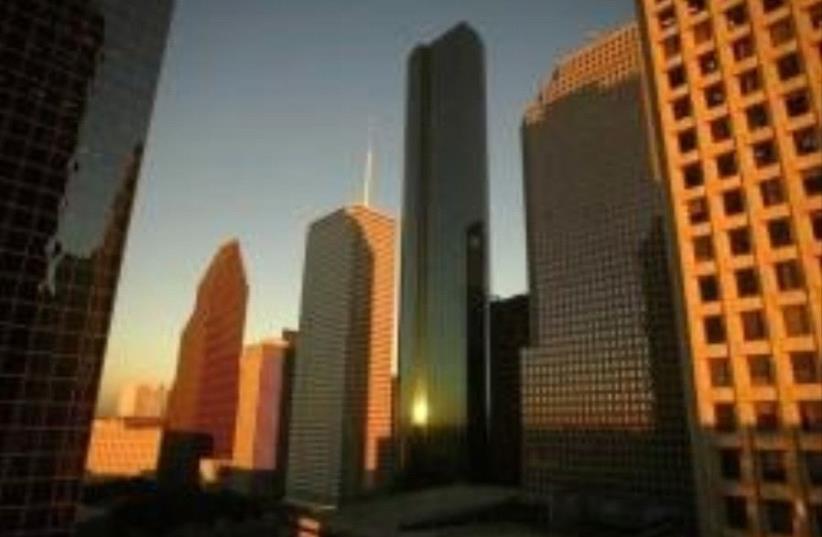 A view of downtown Houston
(photo credit: REUTERS)
Advertisement
As the city of Houston works to shape a still nascent hi-tech sector, its mayor is seeking inspiration from the Israeli innovation experience.“There is no question that Israel has done really well in the start-ups that exist,” Houston Mayor Sylvester Turner, who is leading an economic and trade delegation to Israel this week, told The Jerusalem Post on Monday.The mayor said he hopes to learn from the country’s entrepreneurs, as well as encourage Israeli start-ups to do business in Houston. The fourth largest city in the United States – trailing New York, Los Angeles and Chicago – Houston is not only America’s energy hub, but is also home to the world’s biggest medical facility and the NASA Space Center.“With all the things we have going for us, we have not really played in this innovation technology space, so to speak, and there is no reason,” Turner said. “All of the elements are there.”Already midway through their weeklong stay in Israel, Turner and the trade delegates have a packed schedule, meeting with Prime Minister Benjamin Netanyahu, the mayors of Jerusalem, Tel Aviv and Beersheba, as well as officials from the Israel Innovation Authority and National Infrastructure, Energy and Water Ministry. The delegates visited the Peres Center for Peace and Innovation on Sunday and met with Israeli entrepreneurs who are expanding their businesses to Houston.They will head to the Sorek desalination plant on Tuesday.During his meeting with Netanyahu, which was slated to take place Monday afternoon, Turner said he intended to express Houston’s friendship and support of Israel and to push for a direct flight route connecting the city to Tel Aviv.“It’s my hope that during my term we can establish a direct flight from Houston to Israel, with all the synergies that exist between the two,” he said.Turner said he found his conversation with Tel Aviv Mayor Ron Huldai on Sunday particularly insightful, discussing their shared commitment to developing smart cities. The two mayors also focused on “three Ts” – talent, technology and tolerance – as key elements to building a successful city of the future.The mayor specifically praised Israel for advancements in the cybersecurity sector, as well as in the healthcare delivery field, where he said he hoped to see more partnership opportunities.Already midday Monday, as part of the trade mission, the University of Texas MD Anderson Cancer Center and Haifa-based Convergent R.N.R. Ltd. (CRnR) announced that they would be partnering to further develop new radiation technology.The collaboration, which hopes to reduce the side effects of standard radiation, will study the feasibility of using CRnR’s converging x-ray lens technology as an effective radiotherapy and radiosurgery option, the companies said. MD Anderson will also be developing technologies to improve and enable clinical implementation of CRnR’s x-ray Mercy Beam lens system, the firms added.In anticipation of continued partnering between Houston and Israeli companies and institutions down the road, Turner pointed out the key advantages that Israelis might find in the Texan city. Over the next 15 years, more than 3 million people are expected to move to the Houston metropolitan area, which is among the most diverse regions of the United States.“You need not look any further than the city of Houston,” said Turner.While Houston may not yet have a thriving hi-tech sector, the mayor stressed that the city remains “the energy capital of the world” and is also home to both the world’s largest medical center (Houston Medical Center) and the biggest free-standing cancer research hospital (MD Anderson Cancer Center). The city also boasts America’s largest seaport in terms of foreign tonnage, as well as the NASA Space Center and two international airports.“One thing we say is that, in the city of Houston, we can take you to space and you can travel around the globe all in a single day,” said Turner.“There are a lot of things going extremely well for the city of Houston and we are still a developing, dynamic vibrant city,” the mayor added. “The city is nowhere near its potential.”