The conference, which hosted German industry leaders from a variety of fields, assisted entrepreneurs and startups in receiving useful information and connections with corporations. 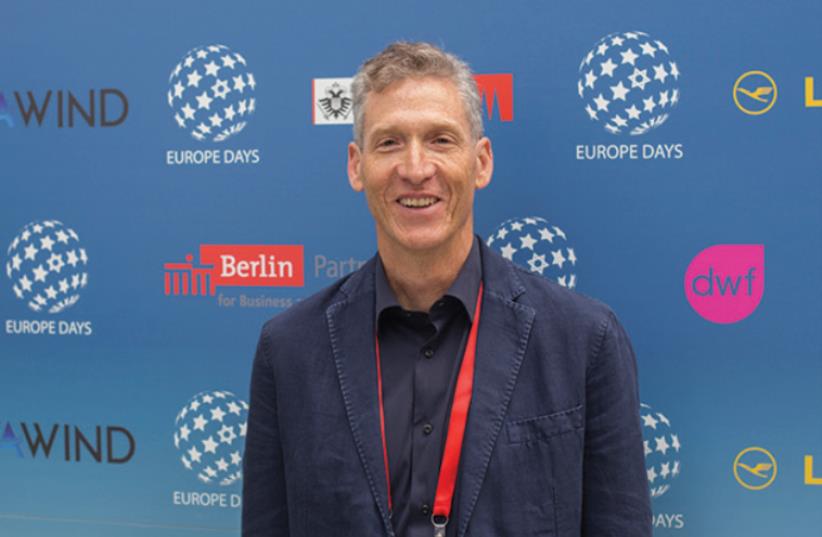 GILLI CEGLA, the founder & CEO of Novawind and an angel investor who specializes in business and innovation development between Israel and Europe.
(photo credit: Courtesy)
Advertisement
The second Start in Germany conference, which was recently held in Tel Aviv as part of the Europe Days platform, was aimed at helping Israeli startups and entrepreneurs discover the opportunities Germany and Europe have to offer.Throughout the day, over 120 Israeli entrepreneurs and startups received hands-on information and created connections for taking their first steps entering the German market, and accessing €200 million of funding intended for tech investment in Europe.“Europe in general, and specifically Germany, offer hidden, often overlooked opportunities for Israeli startups.Only a four-hour flight away, with a onehour time difference, Germany can offer Israeli entrepreneurs great opportunities with minimal travel and no jet lag,” said Europe Days founder, Gilli Cegla, who is also the founder & CEO of Novawind and an angel investor who specializes in business and innovation development between Israel and Europe.The conference, which hosted German industry leaders from a variety of fields, assisted entrepreneurs and startups in receiving useful information and connections with corporations and German entities.“I believe the combination of Israel’s innovative and entrepreneurial spirit, with the German corporate landscape, will create a synergy that will significantly push all of us,” said Cegla, who added that there is a growing need for Israeli entrepreneurs to learn about ‘go to market’ information before carrying out investments in Germany, as well as in other European countries.Throughout the different morning panels, Start in Germany hosted 24 expert speakers, 12 of whom came from Germany especially for the event. They provided valuable knowledge and expert advice for entering the German market.Among the speakers were representatives of the High-Tech Gründerfonds – a €560 million fund designated for investment in early stage startups; the CEO of the Metro AG Accelerator, Europe’s largest retailer and owner of Media Markt, Saturn, Metro, Lidl with hundreds of branches across the continent; Bosch, a world leader in fields such as IoT, automotive and industrial Internet; the CEO of Digital Media Products from the Ströer group, one of the largest media groups in Germany that was recently acquired from Deutsche Telekom in a deal worth €300 million; a representative of the Next Media Accelerator, based out of Hamburg; representatives from the cities of Cologne, Berlin, and Hamburg; the CEO of LeROI, that specializes in optimization of digital media revenue; a member of the RWE innovation arm, the German energy giant; and a representative from Deutsche Telekom and more.During the afternoon, the second part of the conference was dedicated to moderated networking sessions, at which, over a beer, entrepreneurs met with topic experts in their fields of interest.Topics covered included: Internet & web, media, IoT, foodtech, retail, cities, AdTech, industrial Internet and energy.Tech Crunch Israel Tech Crunch, the leading international technology blog, will be holding for the first time in Israel a ‘Meetup’ competition on June 22 for leading Israeli startups.The winners will receive mentoring from senior Tech Crunch editors. At the event, which will be held at the Trask Event Hall at the Tel Aviv Port, hundreds of angels, venture capitalists, entrepreneurs and startup managers will have the opportunity to mingle with the Tech Crunch editors who are coming to Israel especially for the event.In addition, Tech Crunch will also participate in a Pitch Off, in which 10 leading Israeli startups will be given a few minutes to pitch their idea in front of the Tech Crunch team. As a prize, the winner will receive consulting and mentoring services from the Tech Crunch team.If you run a young startup, have developed an interesting app or have a question, please feel free to contact info@social-wisdom.com.Translated by Hannah Hochner.