This Israeli hi-tech company wants you to stop slouching

The American College of Physicians estimates that around one quarter of US adults report low back pain at least one day in every three months. 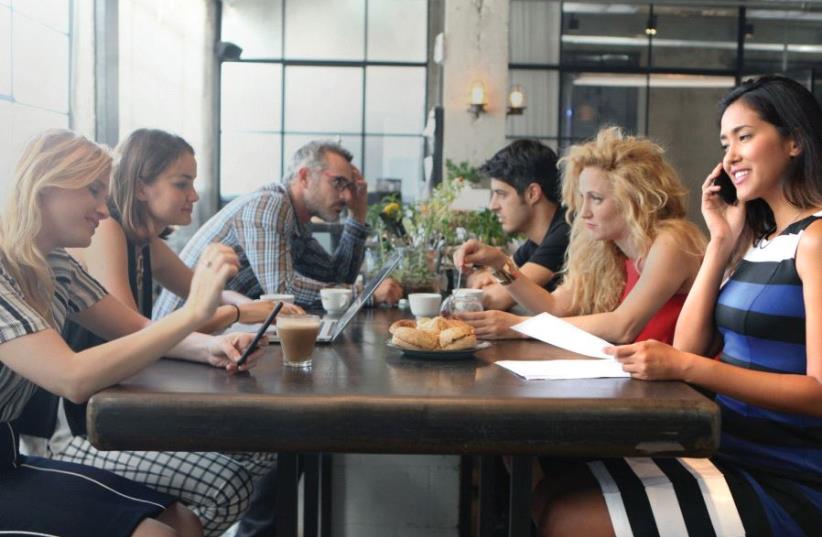 Trainable device ‘Upright Pro’ targets bad posture
(photo credit: UPRIGHT TECHNOLOGIES)
Advertisement
Slouching over screens could be a thing of the past thanks to a wearable gadget that reminds you to sit up straight.The Upright pro is a small device taped to the back that senses poor posture and vibrates to nudge the user to straighten up.It can be synced with a smartphone app to track posture data over time, monitor the user's progress in a training program and share the information with friends.Its Israeli developers Oded Cohen and Ori Fruhauf say that by improving posture, their device leads to less back and neck pain.
Wearable device to straighten out slouches (credit: REUTERS)
Fruhauf said they were responding to back problems caused by hours spent in front of computers and using smartphones.The device has two sensors and the algorithm detects any slumping by the user."It will vibrate to remind you to sit up straight or to stand up straight and by doing that, strengthening your core muscles and improving our awareness to your posture and making it almost a habit," he explained.It's designed to train users to improve their posture for good.Physical therapist Ido Dana has been testing the device on patients since its launch and says they have reported improvement within three weeks of use.He says the device can meet the challenge of continuing treatment for patients outside the clinic by providing them with biofeedback that can help correct bad habits and change the way the brain perceives posture.The device lasts up to eight days with one charge and is made out of medical grade silicon.Other wearable devices designed to improve posture attach to clothing or can be worn as a neckband and rely on similar sensing technology to vibrate and alert the user to change their stance. However, all the devices rely on the user actually wearing them to change behavior.The American College of Physicians estimates that around one quarter of US adults report low back pain at least one day in every three months.