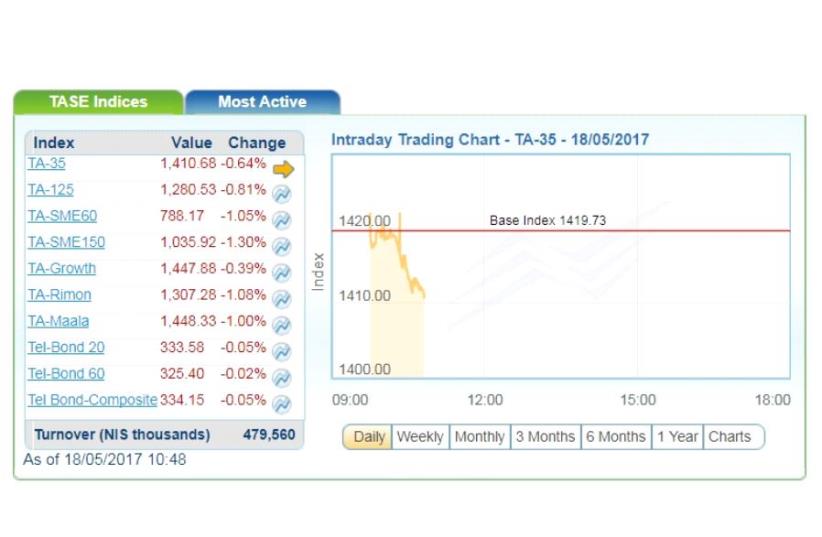 Tel Aviv stock exchange
(photo credit: screenshot)
Advertisement
The Tel Aviv Stock Exchange opened red Thursday morning, following an identical downwards trend in Asia overnight and poor closings in New York Wednesday. Israeli and Asian stocks fell and the dollar was stuck near six-month lows against a basket of currencies as uncertainty mounted over US President Donald Trump's future following reports that he tried to interfere with a federal investigation.
Spreadbetters expected European stocks to follow suit, forecasting a lower open for Britain's FTSE, Germany's DAX and France's CAC.
Equities in Asia took cues from Wall Street, where the Dow and S&P 500 both sank about 1.8 percent overnight following reports that Trump tried to influence a federal probe.
The allegations have not only thrown doubt over the future of the pro-growth policies that Trump promised, but they have raised the possibility he could end up leaving the presidency.
A small but growing number of Trump's fellow Republicans called on Wednesday for an independent probe of possible collusion between his 2016 campaign and Russia, and one even mentioned impeachment.