Unilever Israel placed ads in the press saying "Telma cereals are safe to eat" in an attempt to reassure the public. 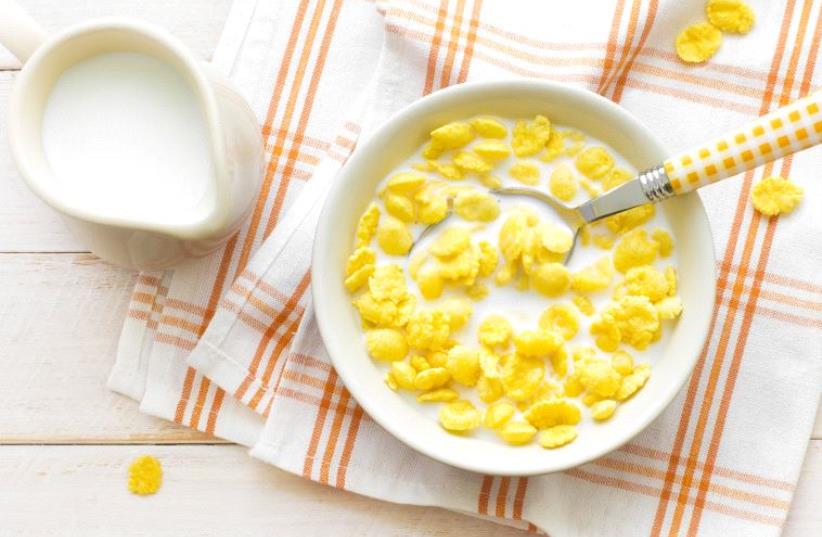 Cornflakes (Illustrative)
(photo credit: INGIMAGE)
Advertisement
A few days after the exposure of its attempt to conceal the salmonella infection in its breakfast cereals, Cornflakes of Champions and Deli Flakes, Unilever has its hands full trying to stop the drop in its sales. Senior supermarket executives said that sales of the company's breakfast cereals were plummeting, with sales of its leading product, Cornflakes of Champions, down 30%."Sales of the entire breakfast cereals category are not going down. As in previous crises, in this one also, other players are benefiting from Unilever's crisis. The questionable items are being hit particularly hard. 750-gram packages of Cornflakes of Champions have been affected, mainly because of the top billing given to the story by the media. Sales of this product have fallen 30% in three days. The drop was steeper on Friday. The power of the response surprised me, too; it is not a minor event. It reminds me of Soglowek," a senior market figures told "Globes," referring to the blow absorbed by Soglowek after the World Health Organization stated that processed meat products contained cancer-producing materials.At the same time, the source added, "We are not able to predict how much damage it will do from now on."Referring to Unilever's decision to conceal the contamination, the source commented, "It appears that Unilever is having trouble realizing that the market has changed. They don't understand that the rules of the game have changed. Even if what they did was legal, and I believe that acted in accordance with the law, they did not act according to the new public norms, and I believe that they will learn their lesson. Unfortunately, Unilever Israel CEO Anat Gabriel has difficulty understanding what a crisis is and how to deal with it. It sticks out like a sore thumb."There are also parties in the market who doubt Gabriel's statement that Unilever chose to conceal the contamination in order to avoid spreading panic among the public. It appears that this decision was motivated by the damage to sales, profits, and the company's other brands, such as Strauss ice cream Klik, and Knorr's.Meanwhile, Unilever has taken two measures to try to limit the damage. It published huge ads in the press under the headline, "Telma Cereals are Safe to Eat," asserting, "All Telma products in the stores and in your homes are completely safe to eat." In this announcement, Unilever admitted that the contamination had been discovered a month ago, meaning that the concealment took place over an especially prolonged period.Unilever's second measure was an attempt to enlist Unilever employees in action the social networks. Unilever has 2,500 employees, and hundreds of them recorded posts at the end of last week supporting the company, without revealing that they were interested parties. For example, one post wrote, "Our family is also eating cornflakes without fear. We love you, Unilever and Telma." The various posts were worded differently, but their message was uniform. Unilever was trying to create a buzz for its brands.At the end of last week, Unilever admitted that salmonella bacteria had been found in two of its products: Cornflakes of Champions and Deli Flakes. The company claimed that it had removed tens of thousands of contaminated units to a side warehouse in order to destroy them, purified its production lines, and was marketing only products that have passed quality tests.