The co-founder of Wikipedia and the leader of the Human Genome project were among the six recipients of the annual Dan David Prize at Tel Aviv University Sunday evening. 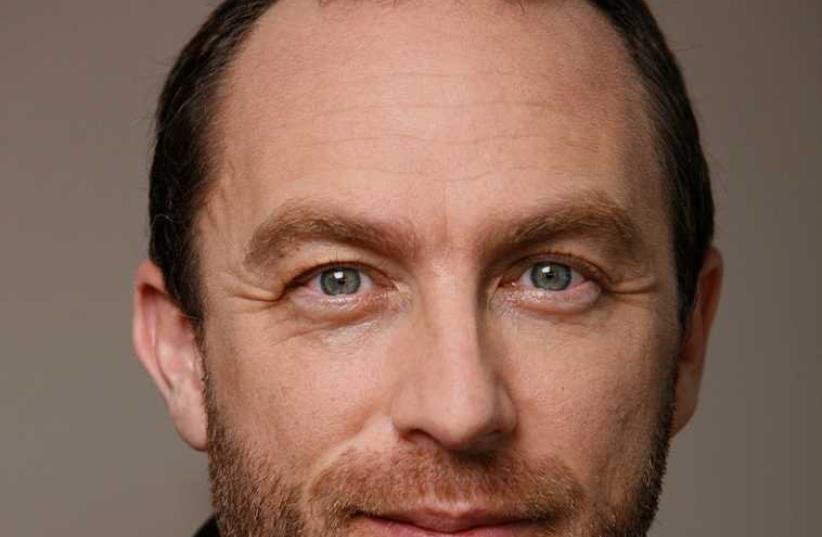 Mr Jimmy Wales
(photo credit: Courtesy)
Advertisement
The co-founder of Wikipedia and the leader of the Human Genome project were among the six recipients of the annual Dan David Prize at Tel Aviv University Sunday evening.“Once again we are welcoming in Tel Aviv some of the greatest contributors to the advancement of humanity – this year in fields that are connected to the way we gain knowledge and share information,” said Ariel David, the son of the late Dan David and a board member of the Dan David Prize and Dan David Foundation.Each year, the Dan David Foundation awards $1 million in each of three categories – past, present and future – which is then divided up among the recipients within each grouping.The award is intended, in part, to provide prestige and monetary benefit in fields that don’t always yield big paydays, but contribute to humanity.The laureates donate 10 percent of their prize money toward 20 doctoral and postdoctoral scholarships. “These prizes do inspire people to go for the best,” said Prof. David Haussler, one of the two recipients of the future-themed prize. “We want to have unlimited horizons. We want to imagine we can do spectacular things and there always is that possibility. And the prizes remind us that.”Haussler is best known for his work leading the Human Genome Project, which first mapped the entirety of a human being’s DNA. Today, he is part of the Global Alliance for Genomics and Health, which is seeking to create a framework for sharing genetic information.“This information can be extremely helpful already in fighting diseases like cancer,” he says. “For the first time we can actually read the DNA in the cancer cells and know what we’re up against. That’s already leading to all kinds of exciting creative ideas on how to cure cancer.”The challenge for the group is creating a common code through which thousands of researchers, hospitals, doctors and clinics can share DNA information in a way that makes relevant sequences easy to find and compare, all while taking into account privacy concerns.“You just have to have a common protocol,” he explains, specifying that the idea is not to make a central DNA database, which could have Orwellian implications. In a sense, it’s like creating an Internet for DNA.“Until we can completely understand the ramifications of sharing your DNA information around the world, we need to be careful.” Hausser sees the future of fast computing and big data playing important roles in studying the genetic role in health.The genome project he led took years and $300m. to map out one person’s genome. Today, sequencing a person’s DNA can be done over a few days, for as little as $1,000, using an automated sequencing computer. The potential to study all that data, personalize medicine, and catch problems before they start could have a profound effect on humanity, he says. One of his two fellow “future” recipients, Michael Waterman, worked with him in the human genome project, and developed an algorithm used for systematically comparing DNA.In a sense their work is asking to make a “Wikipedia” for DNA, a fitting comparison given that the sole winner in the “present” category was Jimmy Wales, the co-founder of Wikipedia.Wales feels the entirety of public human knowledge should be available for free online. When given a substantial cash prize from the UAE, he decided to channel it toward a foundation focused on furthering freedom of information rather than keep or return the money from an unsavory government. The full interview with Wales will be in tomorrow’s Jerusalem Post.Finally, looking back to the past, two recipients split the prize for their contribution to historical understanding: Prof. Peter R. Brown and Prof. Alessandro Portelli.While Poertelli examined the relationship between private and collective memory and how their interactions color our historical understanding, Brown is a scholar of late antiquity. His major contribution was putting a new spin on the decline of the Roman Empire, showing that the “long twilight” was actually a culturally rich period that dramatically shaped the future, in no small part due to the development of Rabbinic Judaism, the rise of Christianity and the proliferation of Islam.“We always associate periods of supposed decline with gloom, doom, black and white photographs. And instead you’re looking at a set of flourishing communities on the ground,” he said.