Hapoalim a ‘gateway’ to Israel

‘The foremost opportunity for investors concentrates around Israeli technology. We’ve really become one of the major hubs for technological innovation, and it’s surprising given the size of this country.’

By NIV ELIS
SEPTEMBER 4, 2013 18:25
Yair Seroussi, Bank Hapoalim370
(photo credit: Bank Hapoalim, Courtesy)
Advertisement
For four years, Bank Hapoalim chairman Yair Seroussi has brought his experience in international banking, the Finance Ministry and the business world to Israel’s largest bank. To launch Bank Hapoalim’s “Gateway to Israel” column with The Jerusalem Post, Seroussi sat down for a special Rosh Hashana interview, laying out what the New Year has in store for Israel. Tell me about the Israeli economy. What does Israel have to offer investors from abroad? Israel’s economy offers a good mix of stability and growth. It sounds strange because we live in a politically unstable neighborhood, but economically it’s true. The way Israel navigated the global financial crisis of 2008 demonstrated its ability to move relatively calmly within a storm.The Israeli economy offers investors a good return for the risk involved, in my opinion.After a long period where people were investing on the defensive side, the world is looking for growth engines, and there are three such opportunities driving the Israeli economy right now.The foremost opportunity for investors concentrates around Israeli technology.We’ve really become one of the major hubs for technological innovation, and it’s surprising given the size of this country. Since the beginning of this year, $5 billion worth of Israeli start-ups were sold abroad, mainly to American corporations. Each exit of Israeli entrepreneurs fuels the next generation of start-ups in the country. 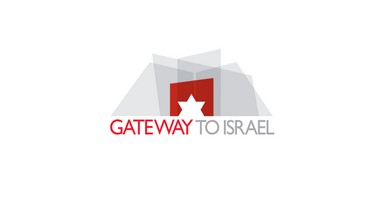 People wonder how we became so innovative. There’s no one answer; it’s a cultural issue, and, fortunately, we have it embedded in our culture of doing things. Israeli innovation is agile. It traverses a wide range of technological fields, from telecom infrastructure to mobile applications, from Internet security to 3-D printing or cutting-edge medical equipment. We often question the tenacity of Israeli technology as a significant growth engine, and we are as often positively surprised.The second opportunity relates to the recent offshore gas findings. It influences the Israeli market on a macroeconomic level, which makes our economy more interesting for investors.Our huge gas findings are a welcome novelty after many years in which we lacked in natural resources vis-à-vis our oil-rich neighbors. It presents significant investment opportunity in a host of companies putting up an infrastructure for a new industry. On the macro level, our industry stands to become more competitive as it reduces its energy costs, directly improving the bottom line.The third opportunity is derived from the result of new regulations that would force many of the holding companies in Israel to sell assets. A significant number of good assets are likely to be soon on the market. Compared to previous years, the opportunities on the table are a lot more varied than in the past.

This article was produced in conjunction with Bank Hapoalim.
Advertisement
Subscribe for our daily newsletter