By TOVAH LAZAROFF, JERUSALEM POST STAFF
APRIL 16, 2014 00:43
IDF after passover attack
(photo credit: REUTERS)
Advertisement
Ch.-Supt. Baruch Mizrachi, 46, who was killed in a terrorist attack in the West Bank on Monday evening, will be buried Wednesday afternoon at 1 p.m. at the Mt. Herzl National cemetery in Jerusalem.His car came under fire just before Passover began, as he drove with his wife, Haddas, and four of their five children from Modi’in to Kiryat Arba to celebrate the Seder with his in-laws.Mizrachi was a chief superintendent in the National Police and was in charge of the the intelligence department that tracks organized crime, according to police spokesman Mickey Rosenfeld. 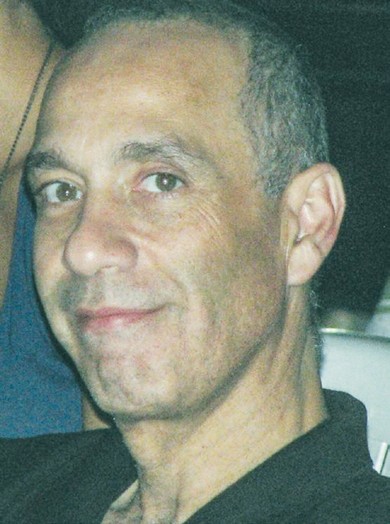 He said that on Monday evening, “at least one Palestinian terrorist opened fire with an automatic weapon at Israeli vehicles on Route 35 near the Tarqumiya checkpoint.”“A number of vehicles were hit,” Rosenfeld said, including the car the belonged to Mizrachi’s family.Mizrachi’s wife was moderately wounded and rushed to Sha’are Tzedek Hospital in Jerusalem. One of their children was lightly wounded, as was a child in another vehicle.Rosenfeld said Border Police and security forces are searching for the terrorist, including in the nearby Palestinian village of Idhna.Mizrahi was born in 1967 in Tel Aviv, grew up in Bat Yam and lived for the last 15 years in Modi’in. He served for 25 years in the IDF and until 2011 was lieutenant colonel in Intelligence Unit 8200.His commander in the police described him as a “true friend” who volunteered for any task with faith and devotion. The commander added that Mizrachi’s two great loves were his family and the State of Israel.Defense Minister Moshe Ya’alon said he would not rest until the killer had been caught.The IDF has set up checkpoints in the area in attempts to identify suspects.According to initial assessments, security forces believed the shooter acted alone, and not in coordination with a terrorist organization, Army Radio reported.Initial IDF investigations also revealed that at least one armed gunman approached the road on foot, and shot at the first car that passed from only a few meters away.The shooter then ran to another point on the road and continued to shoot at Israeli vehicles. The shooter then fled the scene.An eyewitness told Channel 2 that a man wearing a helmet on the side of the road all of a sudden opened fire on passing cars with a AK-47 rifle.IDF officials said there was no military intelligence that hinted at an attack on Jews on the eve of Passover.Opposition leader Isaac Herzog (Labor) said the proper way to avenge the murder was to ensure that Israel separates itself from the Palestinians. He said that was the way to bring about security and peace.But MK Orit Struck (Bayit Yehudi) told Army Radio that she has no doubt the attack was “a direct result of releasing [Palestinian] prisoners that help turn the wheels of terror...releasing prisoners leads to terrorist attacks.”The Islamic Jihad released a statement commending the attack as “a natural response to Israel’s crimes.” The terrorist group did not claim responsibility for the attack.On Tuesday Public Security Minister Yitzhak Aharonovich visited with the widow of the murdered man who is recovering at Shaare Zedek Medical Center in Jerusalem. He promised that the security forces would bring her husband’s killer to justice.“I met with the widow. She is a very strong woman. I knew her husband who was a member of the security forces. We worked closely together. He was an upstanding and professional man, and his death is a major loss to his family and to the security forces,” Aharonovich said.Gil Hoffman contributed to this report.