By JPOSTLEO GIOSUÈCOM STAFF, YAAKOV LAPPIN
Border Police.
(photo credit: REUTERS)
Advertisement
Public Security Minister Yitzhak Aharonovitch (Likud Beytenu) lauded Border Police forces on Friday for thwarting an attempted suicide bomber from infiltrating Israel earlier in the day.Aharonovitch commended the forces after they detained a bomb-laden Palestinian man earlier Friday at Tapuah Junction in the northern West Bank, saying "their vigilance and professional work resulted in the capture of a terrorist with an explosive belt, preventing an attack and saving lives, I am proud of them and exceptional work."Police Insp.-Gen.Yohanan Danino meanwhile on Friday urged security forces to "take all necessary measures" to make sure that the foiled terror attempt was an isolated incident.Danino praised security forces for their "utmost determination and professionalism" in thwarting a possible attack that he said had prevented the injury of many innocent civilians.The suicide bomber wore heavy clothing on a hot day and walked in a strange manner, arousing the suspicions of Border Police officers at the junction. After being forced to lie on the ground and reveal 12 pipe bombs wrapped around his body and connected by wires. Border Police called in a bomb disposal team, which dismantled the belt. 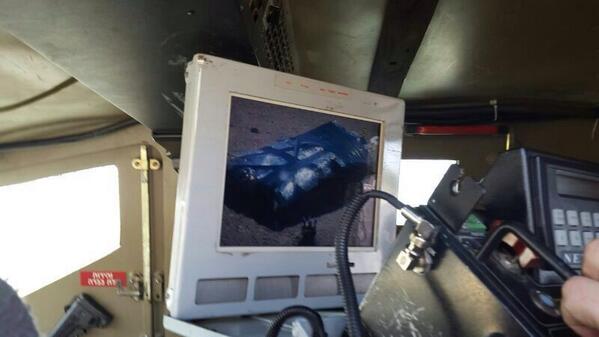 Embedded image permalink
Image of pipe bomb found on terrorist at Tapuah Junction/IDF SPOKESPERSONThe Palestinian was then arrested and taken for questioning while a bomb squad dismantled the explosives and submitted the devices for further inspections to determine the explosive material which was used. The terrorist was identified as a Palestinian man in his 20's, who arrived at the junction from the Nablus area. Security forces believe that the bomber intended to strike the soldiers at the check point but are also investigating other possibilitiesThe security forces have closed the area off to traffic.Ben Hartman contributed to this report.