The IDF’s “Operation Discovery” took place in the Red Sea, 1,500 kilometers away from Israel and some 160 kilometers from Port Sudan.

The IDF’s “Operation Discovery” took place in the Red Sea on Wednesday, 1,500 kilometers away from Israel and some 160 kilometers from Port Sudan. IDF Chief of Staff Lt.-Gen. Benny Gantz oversaw the raid.

Missile ships and navy commandos from the Flotilla 13 unit, backed by the air force, raided the Klos-C cargo ship, which was carrying Syrian- manufactured M-302 rockets.

On Wednesday the IDF released a series of videos showing step-by-step how commandos thwarted Iranian arms shipment to Gaza. One day before the Klos-C reached its destination, the navy took control of it. There were no injuries, and the captain of the ship permitted the IDF to board without resistance, the head of the navy’s headquarters, V.-Adm. Yaron Levi, said.The ship sailed under a Panama flag, and carried a crew of 17 from various countries. 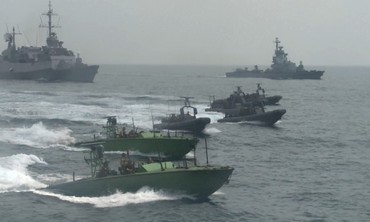