Ya'alon: David's Sling defense system may not be operational in time due to lack of budget

Defense minister notes that terrorists in Gaza have amassed 10,000 rockets; IAF chief: Air Force is quietly fighting a "war between the wars."

By YAAKOV LAPPIN
Defense Minister Moshe Yaalon 370
(photo credit: Ariel Hermoni, Defense Ministry spokesman)
Advertisement
The David’s Sling air-defense system, designed to shoot down large rockets and cruise missiles, may not be become operational in the coming year because of ongoing budgetary problems, Defense Minister Moshe Ya’alon warned on Wednesday.Speaking at a conference at the Fisher Institute for Air and Space Strategic Studies in Herzliya, Ya’alon lamented what he described as populist anti-military sentiments being perpetrated by the Finance Ministry, which has been at loggerheads with the Defense Ministry over the 2015 defense budget. 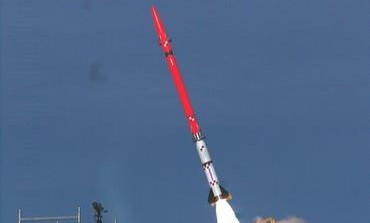 David's Sling air defense system/IAI
“If I had the money, I would have more Iron Dome batteries [designed to intercept short and medium range rockets],” Ya’alon told the conference. He said lack of funds were harming training for reserves in the Ground Forces, adding that the IDF has been operating under a cloud of financial uncertainty since 2013.“I could understand if these measures were occurring during an economic crisis,” Ya’alon said. “But this is far from being the case.”Weekly air-force training flights for reserve pilots are also under threat, a fact that could undermine Israel’s aerial operational readiness, the defense minister said.He quoted comments by career officers, a quarter of whom earn minimal-wage salaries, adding that due to populist sentiments that portray the military as a drain on the economy, one officer feels uncomfortable walking in uniform in public.Ya’alon said that the defense establishment’s main goal is to enable normal life to flourish in Israel despite the instability rocking the wider region. Attack is the best, and most cost effective form of defense, he asserted.Ya’alon noted Iran’s nuclear program, Hezbollah’s rocket arsenal of 100,000 projectiles, and the fact that Gazan terrorist groups have amassed 10,000 rockets as central security threats. Terrorist groups with Iranian assistance are seeking to improve the accuracy of rockets and missiles, though Israel has already begun developing means of dealing with this emerging threat, he added.Israeli deterrence, based on punishing those who seek to attack the country, is keeping terrorist groups “with an address” from firing on Israel, Ya’alon continued, but said that global jihadist organizations are rising in power in neighboring Syria Air power remains the main way for Israel to maintain deterrence, respond to provocations and intercept arms smuggling, Ya’alon said, while satellites and aerial- based reconnaissance and surveillance form the main intelligence capabilities to monitor newly emerging threats.Delivering surgical, accurate strikes to the enemy’s weapons storehouses and command and control centers is primarily carried out by air power, the minister said, though this did not mean Israel will forfeit the option of a ground offensive or naval capabilities.“We’re moving increasingly toward drones. This is a trend.We’re still not giving up on fighter jets, but as time goes by, our fleet of drones is getting bigger,” he said.“Those who think that they can evaluate the situation once a year will find themselves irrelevant,” Ya’alon added. “There are rapid changes underway. A new organization rises here, a new threat appears there. There are also [new] opportunities,” he said. Security evaluations need to be held on a daily and weekly basis, he continued.Earlier, Israel Air Force chief Maj.-Gen. Amir Eshel addressed the conference and discussed the air force’s role in the “war between wars” – a low-profile campaign aimed at tracking and intercepting arms smuggling to terrorist organizations.Unlike the Ground Forces, which, once activated, create friction on the ground, air power can be used in low intensity when needed so to prevent sparking wider conflicts, Eshel said.“Certainly, aerial means form the least risky option for deteriorating the situation to war,” he said. “It’s about taking this big hammer called the air force, and knowing how to also activate it quietly.”“We’re doing things we’ve never done before,” Eshel said. “We’re activating forces that are not only aerial. Some of them do not have the tag or the uniform of the air force. And we’re doing it well.”“These are new tools we’ve added to the state of Israel’s toolbox,” he said. Referring to the air force’s preparations for a wider conflict, Eshel added that “we’re much more deadly today.”The air force’s career officers “do not understand what problem the country has with them. But they understand that when the siren goes off, everyone will look to them to save them,” he said, referring to calls to cut the salaries of such personnel.