The resolution also acknowledges that the German Empire, then a military ally of the Ottomans, did nothing to stop the killings. 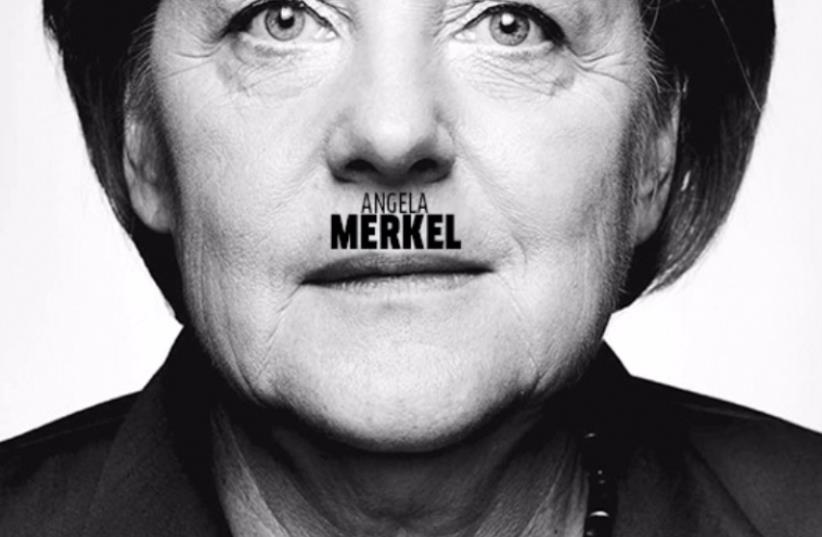 Turkish newspeper compares German leader Angela Merkel to Adolf Hitler
(photo credit: SCREENSHOT FROM STAR GAZETESI ONLINE PUBLICATION)
Advertisement
Multiple Turkish news agencies on Saturday compared German Chancellor Angela Merkel with Adolf Hitler after the Bundestag earlier this week declared the Armenian massacre of 1915 a genocide.One glaring example came from the Turkish newspaper publication Star Gazetesi, who posted a picture of the German leader with her name printed above her upper lip in block lettering, made to look like Hitler's infamous "toothbrush" mustache. The resolution, recognizing the scope of Armenian suffering for the first time in Germany, states that the Armenians' fate exemplified "the history of mass exterminations, ethnic cleansing, deportations and yes, genocide, which marked the 20th century in such a terrible way."It also acknowledges that the German Empire, then a military ally of the Ottomans, did nothing to stop the killings.In response, Turkey's Prime Minister Binali Yildirim said on Friday  that by passing the resolution, the German parliment was making a "historic mistake".Turkey earlier recalled its ambassador to Germany on Thursday in protest against the parliament resolution that came at a time when Europe is looking for Ankara's help in the migrant crisis."The Turkish nation will never accept (the genocide claims). This resolution is null and void for us. We recalled Turkey's ambassador for consultations. We will discuss how this parliament resolution will shape our relations with Germany, in detail, in the coming days," Yildirim said.Responding to a question asking what Turkey would do to retaliate, Yildirim said, "whatever is necessary", adding relations between the countries were damaged.Armenia welcomed the resolution.The nature and scale of the killings remain highly contentious. Turkey accepts that many Armenians died in partisan fighting beginning in 1915, but denies that up to 1.5 million were killed and that this constituted an act of genocide, a term used by many Western historians and foreign parliaments.