Orthodox MKs note that the majority of Maccabi's players who scored in the European championship game were not Jewish and that Israelis should be proud of their heritage instead. 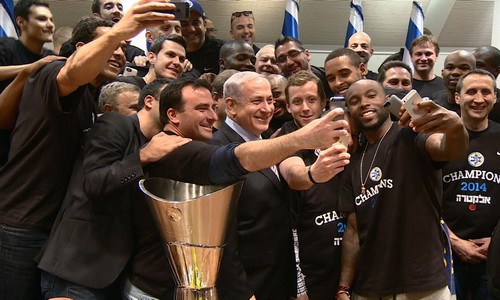 The euphoria that swept Israel over the Euroleague championship won by Maccabi Tel Aviv Sunday night shows Israelis’ lack of Jewish values, Orthodox Knesset members said Monday.The upset victory by Maccabi united Israelis from across different sectors, backgrounds and political leanings. But haredi MKs said that the majority of Maccabi’s players who scored in the game were not Jewish and that Israelis should be proud of their heritage instead.“We have become a country of idiots who do not respect the Torah,” United Torah Judaism MK Moshe Gafni said. “That’s what Israelis care about? A game for children in third grade?” Shas MK Nissim Ze’ev complained that Israelis had turned sports into a “golden calf” that they worship.“They made basketball and soccer a symbol of national pride instead of our rich Jewish culture,” he said. “The team is imported from around the world. They are not Jews, but Israelis don’t care as long as they win.”Ze’ev’s Shas colleague, MK Meshulam Nahari, said the reaction by Israelis to the game showed him that they are in need of a better Jewish education.UTJ MK Menahem Eliezer Moses said it was sad for him that basketball players had become the face of Israel.Bayit Yehudi MK Zvulun Kalfa, who is Orthodox but not haredi, said he felt less joy by Maccabi Tel Aviv’s victory Sunday than he did when Tal Brody led Maccabi to its first European cup in 1977, because that team featured more Jews and immigrants to Israel he could identify with.“The Israeli reaction to the game is a symptom of a larger problem,” Kalfa said. “We used to be more proud of our values and who we are. Now we use technical means of getting ahead like buying players with money.”

But Shas leader Arye Deri defended Maccabi, crediting “the Jewish brain” with being smart enough to bring together the right players and saying that he is glad the people of Israel have a reason to be happy.“Thank God the championship game was not on Shabbat so we [haredi MKs] can be happy too,” Deri said.Yesh Atid MK Dov Lipman, who played for his yeshiva high school’s basketball team, said that respected haredi Rabbi Haim Pinhas Sheinberg said Yankees victories gave him joy.“Seeing thousands of Israelis waving our flag and singing Jewish songs in Europe gave me a sense of pride,” Lipman said. “An Israeli team being in the headlines in Europe is good for Israel’s legitimacy.”