The deal, announced on Thursday, gives China access to Israel's high tech expertise, cachet among consumers made wary by domestic food production scandals and an alternative place to put their money amid trade obstacles from a wary United States.

In return, China offers a large market and source of funding at a time of growing calls, especially in Europe, for a boycott of Israel over its failure to make peace with the Palestinians.

Overshadowed by its high profile move into Africa, China's role in Israel as been growing fast, despite concern among Israelis that strategic assets may slip from their grasp.

Economy Ministry chief scientist Avi Hasson said the country was second last year after the United States in terms of joint projects between Israel and foreign firms backed by his office, which funds high tech start-ups and facilitates business abroad.

"In 2014 I think China will be number one," Hasson told Reuters. "Three years ago they were at zero."

Economy Minister Naftali Bennet said Israel was "going East", telling a high tech conference Asia had overtaken the US as Israel's second largest export destination after Europe. "We are shifting our economic resources  to Bangalore, Africa and China, China, China," he said on Thursday.

Not everyone in Israel is delighted by the growing Chinese presence, and some argue their firms will have to pay more for direct investment than more sought-after Western or US brands.

Founded more than 80 years ago as a farming cooperative, Tnuva is a symbol of Israel's potent agricultural past.

"What normal country puts its food security and its entire milk industry in the hands of China?" opposition member of parliament Shelly Yachimovich said on Thursday.

Israel's former spy chief Ephraim Halevy, who also opposes the deal, has called on parliament to devise ways of protecting its major assets.

The economy ministry has played down the potential problems.

"One of the reasons that I assume people have concerns is that it's the unknown. China is still a riddle for many people," said Ohad Cohen, head of the Israeli Economy Ministry's foreign trade department. 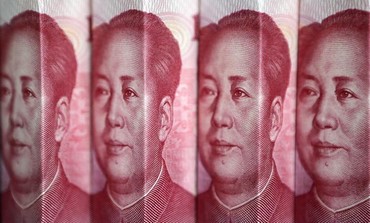 Unlike in many other countries, there are no 'Chinatowns' in Israeli cities to serve as a bridge, but growing contacts and trade visits should improve mutual understanding and Israeli's welcome China's reluctance to get involved in the Middle East.

"China doesn't care. The Arab-Israel conflict to them is irrelevant," said a source who has worked on recent China-Israel deals and declined to be named.

While China has become the manufacturing center of the world, it has not made such progress in innovation and technology. Israel, by comparison, lacks production muscle but prides itself on its high-tech inventiveness.

"The government of Israel has put the promotion of economic ties with China as a priority," said Cohen, pointing to visits to China over the past year by both Prime Minister Benjamin Netanyahu and President Shimon Peres.

Amir Gal-Or, Beijing-based managing partner of Israel-China investment firm Infinity, believes there will be a 20-30 percent annual rise in the number of Chinese acquisitions of Israeli firms in coming years, while investments in Israeli firms could double annually.

The only way China can balance between its rising global power and increasing cost structure is through innovation, which they are partly seeking in Israel, said Gal-Or.

"China has full confidence in the prospects for our relations," she told a Tel Aviv conference that attracted over 350 delegates from China. "We believe we have a lot to learn from Israel, which is well-known for its innovation."

Three agreements were signed this week between Israel and China promoting bilateral research and Israeli companies' participation in innovation parks in China.

Adam Fisher, an Israel-based partner at US VC Bessemer Venture Partners who has worked in Beijing, said Chinese investors were looking for alternatives to US markets.

At the same time, he said: "There's a void of investors in Israel. Israeli companies never get access to enough capital and don't raise nearly as much as their US counterparts."

But while Fisher expects Israeli venture capital firms to continue to raise money in China, he said direct Chinese investment in Israeli start-ups might be more difficult.

"It's not the same cachet as a US brand or even a European brand, so there will always be a tremendous discount on Chinese direct investments in Israeli companies," said Fisher, who has not raised money in China for his portfolio companies.

The following year, Zohar Dayan, CEO of start-up Wibbitz, was scrolling through an email account he rarely checked when he came across a contact form filled out by Horizons Ventures, the venture capital firm of Hong Kong billionaire Li Ka-shing.

Dayan, like many in Israel's US-focused tech sector, was not familiar with Horizons at the time, but the email led to a $2 million investment in his firm, which has developed a technology that can turn text articles into short videos.

Today, Horizons is the single-biggest investor in Wibbitz, and the third most active VC fund in Israel in 2013.

At a modern building in downtown Tel Aviv with views of the Mediterranean, high-tech firm ironSource in April received a Chinese delegation led by Xu Xiaoping, founder of the ZhenFund seed fund and New Oriental Education & Technology Group.

"We are seriously considering investing in a few Israeli companies," said Xu during his first visit to Israel. "The idea is to bring Israeli technology, innovation ... into the bigger Chinese market and develop the technology there."

The interest in Chinese investments is reciprocal.

"We are more active in seeking investments and China is now open, the awareness is there, we are on their radar," said Gidi Sturlesi, CEO of biosurgical products maker LifeBond, which expects to raise money from China by early next year.