"We worked immediately to find the perpetrators, they will be tried and brought to justice," says Netanyahu. 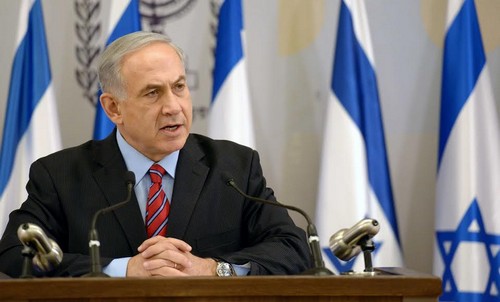 Prime Minister Binyamin phoned Hussein Abu Khdeir Monday morning to express his shock and horror at the murder of his son, Mohammed Abu Khdeir, by Jews.“I want to express my shock, and the shock of all Israeli citizens, at the heinous murder of your son,” he said in the call, according to a statement put out by the Prime Minister's Office.“We acted immediately afterward to locate the murderers, and they will be brought to justice,” he added. “We reject all cruel behavior, and the murder of your son is heinous and cannot be accepted by any human being.”

Speaking on Sunday after a condolence call in Nof Ayalon to the parents of Naftali Fraenkel, one of the teens kidnapped and murdered last week, Netanyahu said Israel will punish the murderers. Referring to violence between Jews and Arabs, Netanyahu said “we are opposed to ‘price-tag' attacks in the same way that we are opposed to fire bombs, rock-throwing and blocking of roads.”