Chris Christie, who is believed to be mulling a run for president, gave a speech to the Republican Jewish Coalition in Las Vegas on Saturday. 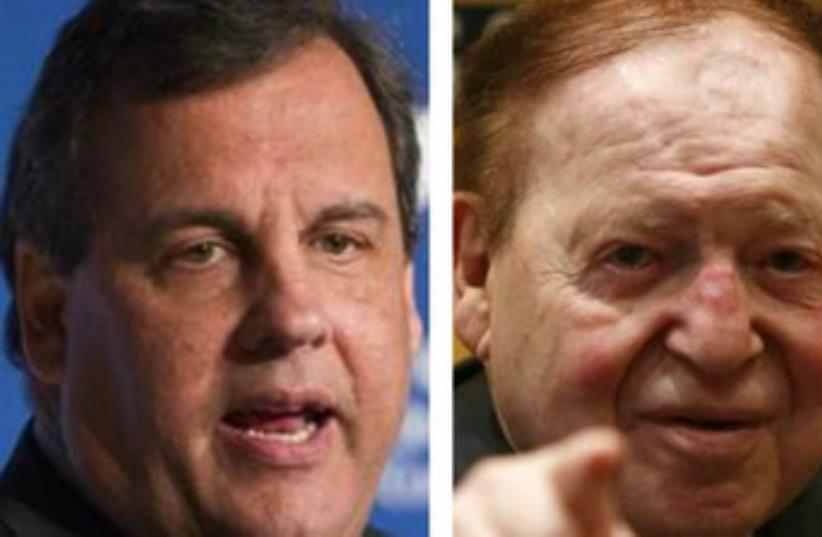 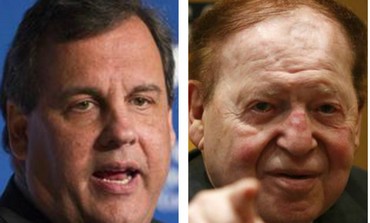 The outspoken governor of New Jersey, Chris Christie, apologized to casino magnate and major political donor Sheldon Adelson over the weekend for using the term “occupied territories” during a speech to Jewish Republicans, the US news site Politico reported on Sunday.The controversy erupted when Christie recalled a 2012 trip to Israel in remarks before the assembled crowd at the Republican Jewish Coalition event in Las Vegas on Saturday. “I took a helicopter ride from the occupied territories across and just felt personally how extraordinary that was to understand, the military risk that Israel faces every day,” the Republican governor, who is believed to be eyeing a run to the White House in 2016, was quoted as saying by Politico.Christie’s use of the term “occupied territories” raised eyebrows among the assembled donors, prompting Zionist Organization of America chief Morton Klein, an Adelson ally, to confront the governor, according to Politico.Klein implored Christie that “at a minimum you should call it disputed territories.”After the event, Christie met privately with Adelson and offered an explanation and apology, which were accepted.The New Jersey governor “clarified in the strongest terms possible that his remarks today were not meant to be a statement of policy,” a source told Politico.Adelson, a confidante of Prime Minister Binyamin Netanyahu and the owner of the popular freebie newspaper Israel Hayom, is one of the most powerful figures in American politics by virtue of the massive donations he doles out to Republican candidates. His hawkish positions on Middle East issues, and Israel in particular, have been articulated in the past.