Person of the year in editor's pick: Avigdor Liberman

Jerusalem Post Editor-in-chief Steve Linde lauds the FM, known as a tough but charming diplomat, who this year made a comeback after his name was cleared.

By STEVE LINDE
Avigdor Liberman 370
(photo credit: reuters)
Advertisement
When Yisrael Beytenu leader Avigdor Liberman retook his ministerial oath in the Knesset on November 11, 2013, he was not just returning to his powerful position in the Foreign Ministry. The deputy prime minister was also reclaiming his place as the most influential person in Israel after Prime Minister Binyamin Netanyahu.Less than a week after his acquittal on charges of fraud and breach of trust by a Jerusalem court, it marked the end of a grueling legal battle for Liberman. “After 17 years, I’m putting this chapter in my life behind me,” Liberman said. “I missed him in the government,” said Netanyahu.His good name, besmirched by the legal system and the local media, had finally been cleared. Liberman, who was born in Kishinev, Moldova, in 1958, changed his first name from Yvet when his family made aliya in 1978.After serving in the IDF, he famously worked as a bouncer during his BA studies in international relations and political science at the Hebrew University of Jerusalem. In 2013, the ex-bouncer bounced back. 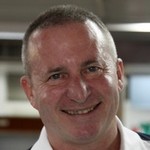